2 Comments
Pull in beside the Alexandra sign at the southern entrance to the town and the call of birds can be heard during gaps in road traffic, as cars and trucks power their way up Bridge Hill.

Walk a few minutes into the 14ha reserve at Half Mile, and the noise from State Highway 8 fades away, to be replaced by the sound of bellbirds, ruru, tui, warblers and other species. 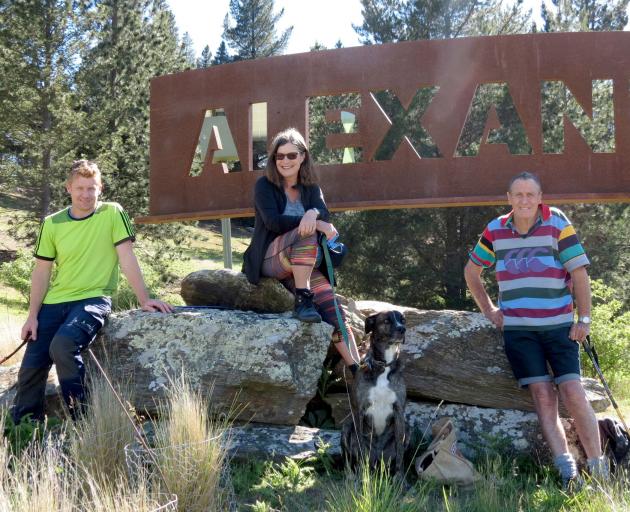 That decision, and a lack of consultation with neighbouring residents, has set the scene for an emotive meeting on Monday evening when the council holds a drop-in session at the Alexandra Community Centre to present its proposed landscape plan for the council-owned reserve.

Neighbours opposed to the logging of trees in the reserve cite the loss of bird habitat and the sound barrier the trees provide as two of the reasons they object to the removal of the pines.

Chris Winter whose property shares a 500m boundary with the northwest edge of the reserve, said 35 residents had contacted him as of Friday, want the trees left in their current state.

‘‘We’re fighting to keep the trees because we value the reserve for it’s recreational purposes.’’ He said those who opposed the pines removal were not in favour of wilding pines but that the trees in the reserve had been planted for a purpose – ‘‘as a wind break primarily, but also to beautify the area’’.

Marg Hamilton, who was walking in the reserve, said was concerned that the council plan to remove all the trees would result in the area becoming a wasteland and a dust bowl.

Residents are also upset at a lack of consultation or advance planning, saying they learned of the plan through local media just days before logging was to begin.

The council temporarily paused the eradication programme due to strong feedback from the public, but further discussion had ‘‘reinforced the council’s belief’’ the trees needed to go.

It planned to remove them and another planting at the Clyde entrance to Alexandra by the end of this year, council planning and environment acting executive manager Lee Webster said.

Central Otago Mayor Tim Cadogan said the council accepted that ‘‘there could have, and should have been better advice given’’ about the felling of the trees and future plans for the site, but it could not allow such a seed source to remain on land it had control over.

He said the council had dedicated $150,000 over the next three years to dealing with wilding pines on council property, and the Half Mile site in particular was identified as being a damaging pine-spreading seed source.

I thought that apart from providing habitat, trees absorbed carbon dioxide? Central Otago is rapidly losing soil and the trees provide environmental protection even though they are not native. And the Councils thinks a barren wasteland will be better? These people can’t see the wood for the trees!

Very well put. They have only decided on " consultation" after some serious push back from the community. It will be years before the reserve ( entrance to alex) will be repatriated. The CODC have nothing in their budget for that.