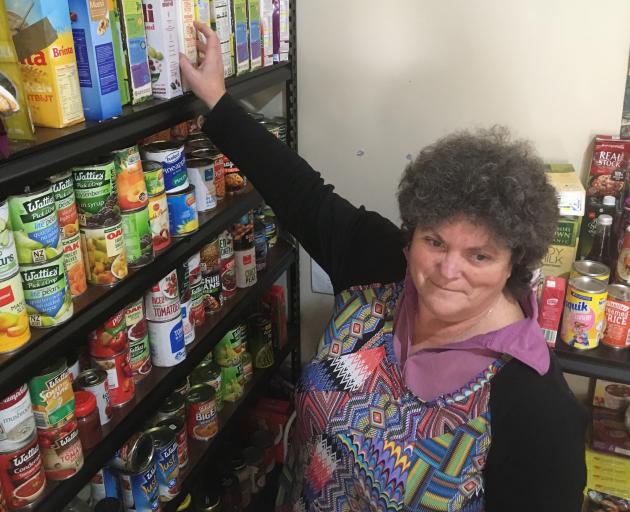 Central Otago Budgeting Services is among the groups assisting more and more people throughout the community, including those who have been slapped with unexpected, or hefty one-off, fines, or do not know how to budget.

People who had lost money through scams were also among clients who had called on the service in recent times, budgeting services office manager/co-ordinator Pam Hughes said.

In the past financial year, the service saw 188 clients.

Although figures were not available for this year, numbers were up on last year, Mrs Hughes said.

To meet that growing demand, a new staff member was being trained to provide budgeting advice.

The service already has one volunteer and two paid part­time staff members who, between them, are working 45 hours a week across Central Otago and beyond.

‘‘Our area covers Queenstown, Wanaka, Ranfurly and Raes Junction and everywhere in between. In that role we do education, as well. We work with the high schools for StudyLink, getting [pupils] ready to go off to university,’’ Mrs Hughes said.

Overall, Mrs Hughes said there was a lack of knowledge about a range of financial aspects, from opening a bank account to the effects hire purchases could have on finances.

Even a daily takeaway coffee had been known to leave people short of money at the end of the week and unaware how much that regular spending would add up to in a year, she said.

She said accommodation and the cost of living were the two main issues people were facing in Central Otago at the moment.

Buying groceries online with a friend or neighbour and having them sent to just one address to limit delivery costs was one concept Mrs Hughes encouraged people to employ to save money from a limited budget.

‘‘As you are ordering it, it gives you a running total.’’

If people overspend, they can take something off their shopping list before paying.

She also encouraged people to look at their facilities at home if they got a high power bill, to make sure their hot water cylinder was working efficiently and taps were not leaking.

Mrs Hughes said the cause of financial strains altered throughout the year.

‘‘At the beginning of the year you’ve got kids going back to school, school camps and pressures coming out of Christmas time, [like] having to take annual leave. Then you go into the winter time, so you’ve got winter heating costs and winter sport costs and then, at the other end, you’ve got kids heading away to university.’’

Mrs Hughes said the majority of clients were considered to be ‘‘complex’’ because their financial strains had caused other issues, including relationship breakdowns, health problems and domestic violence.

To help those people, budgeting advisers work with a range of other professionals across other agencies.

‘‘We don’t have one person trying to take on that whole role because you can’t do it.’’