Girls' gift of hair a source of pride 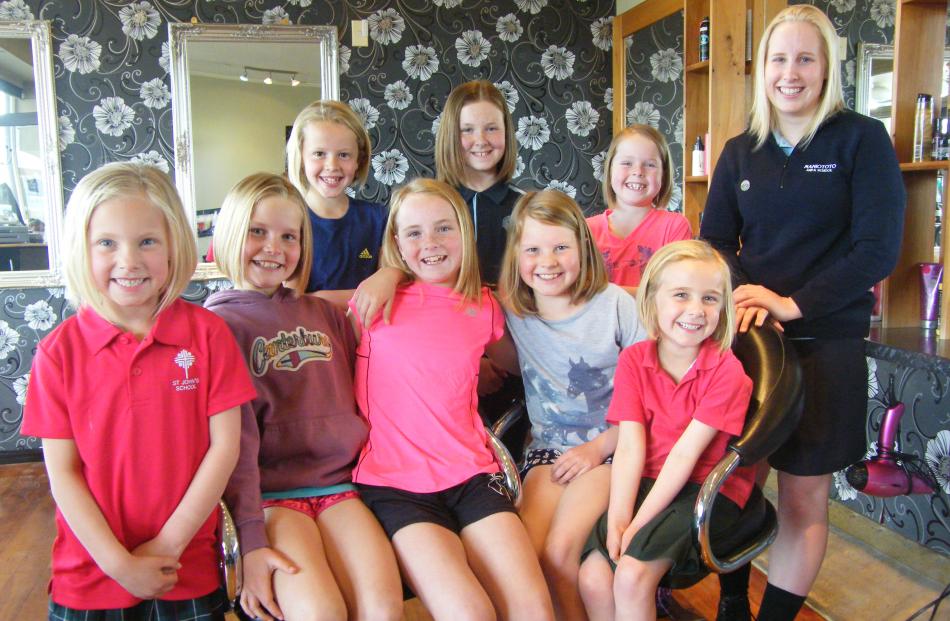 Maniototo school pupils are known for punching above their weight in a variety of areas, but a recent trend is putting them yet another cut above.

Fourteen Maniototo girls have cut their long hair and given it to a firm that makes wigs for people with permanent hair loss, in a trend that has become a talking point and a source of pride in the community, Ranfurly hairdresser Becky McAuley, who organised the informal initiative, says.

Mrs McAuley played down her involvement in the girls' donation and declined to be in a photo with some of the girls who gave their hair, saying ''it's all about them''.

But she said it was wonderful being involved with something that helped and empowered people who had suffered permanent hair loss.

She knew no-one with permanent hair loss, but had the idea when thinking of a way to help people with conditions such as alopecia.

Her own daughter Chloe was keen to help and offered to cut her hair and give it to the cause.

Then ''the word spread'' and some of Chloe's friends and other Maniototo school pupils offered to do the same. Fourteen Ranfurly pupils have ended up cutting their hair at Mrs McAuley's Ranfurly business The Hair Studio this year and giving it to Freedom Wigs, in Dunedin, which makes wigs for people with permanent hair loss.

The girls all said they were thrilled to have helped people and ''loved'' their new hairstyles.

Ashleigh Smith, of Naseby, who used to have waist-long hair, said she had heard about the other girls cutting and giving away their hair.

''I thought I couldn't part with it [my hair] and then I saw all these other girls doing it and I thought, `gosh, if they're brave enough to do it, then I can do it'. It's such a good cause, and if it was me in that situation [suffering permanent hair loss] I'd be really appreciative. That to me is the really cool thing about it.''

A spokeswoman for Freedom Wigs said the firm was ''extremely grateful'' for the Maniototo donations, which would be used in various areas of their wig-making and wig repair work.

For those who suffered from permanent hair loss, getting a wig made of 100% human hair was an incredibly powerful and empowering thing, she said.

''You see these people leaving with their new wig on and some of them are nearly in tears. It's wonderful to see how much their confidence has been boosted and they say they're so happy to finally walk with their heads held high.''

The firm was about to begin an education programme for hairdressers and those wishing to provide hair. Hair lengths over 35.5cm can be used to make new wigs. Lengths shorter than that are used in other areas such as wig repair.