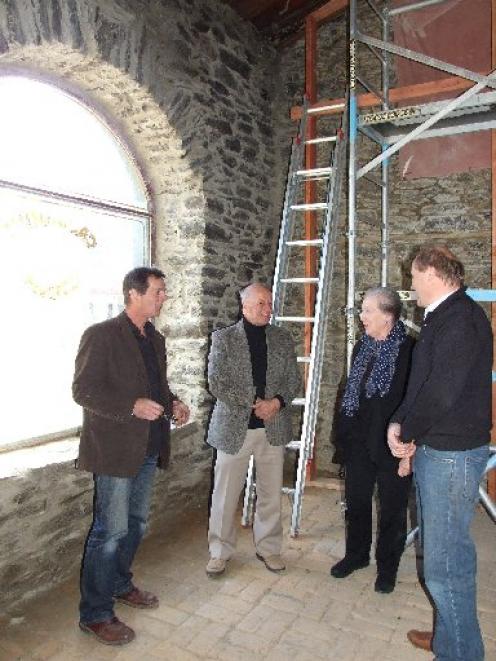 ''Congratulations to you as a community. You're doing extraordinarily well to have achieved what you've done and to come together so fast,'' she told about 60 people who attended the Historic Places Central Otago annual meeting on Saturday at Clyde.

The group was formed a year ago under the auspices of Historic Places Aotearoa (HPA).

HPA and the district group are separate to the trust, which is a Crown entity and receives government funding.

The regional groups are set up to work independently and to advocate for historic sites and buildings, but share common goals with the trust. Mrs Kenderdine, a former Environment Court judge, was born in Dunedin and has strong links to Central Otago.

''I've often thought Central Otago is the repository of some of the best historic buildings in New Zealand,'' she said.

''And I'd like to thank you for being involved in protecting heritage in your region. It's the volunteers like you that are really the only reason we've got any heritage left, in some cases.''

Marketing the area as a heritage destination would generate income and become ''another gold mine'' for the district, she said.

''It's not only the Central Otago landscapes that have significance - it's the area's heritage, too.''

Mrs Kenderdine took up her role a fortnight before the Canterbury earthquakes.

They were a ''big wake-up call'' to those passionate about heritage buildings and it was important for communities to focus on their most important and representative historic buildings and structures.

''You can't save everything, so you have to make sure that what you have is representative and good.''

Securing buildings was vital, especially windows and doors. If they were not braced and secured, more of the structure was likely to fall during successive earthquakes.

A ''toolbox'' needed to be developed, which included technical advice and incentives to restore buildings, Mrs Kenderdine said.

Chairman of Historic Places Central Otago, David White, of Cromwell, said the group had 30 members and 145 people on its mailing list.

It had organised tours of heritage sites during the year and commented on the possible demolition of the century-old Coronation Hall at Bannockburn.

It was also working with the Central Otago Heritage Trust on implementing the district's heritage strategy.