Hoping husband did not die in vain 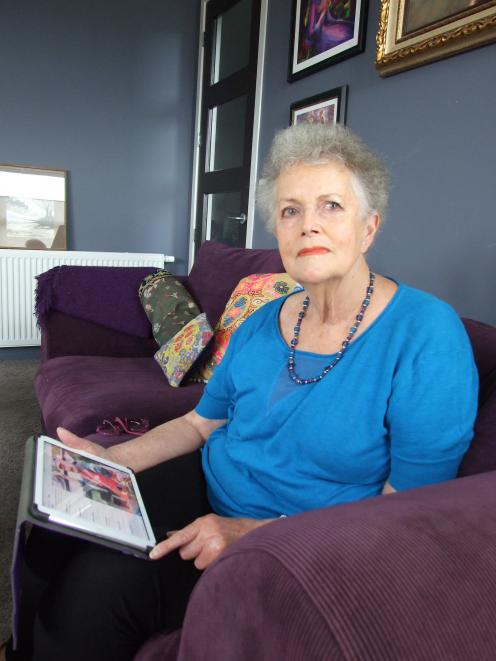 Karyn Steel looks through photographs as she reflects on the loss of her husband of more than 40 years. Photo: Lynda van Kempen.
Karyn Steel fears safety standards have not improved in almost six years since an untagged, dangerous power pole caused the death of her husband.

Delta was fined $75,000 for failing to take all steps to ensure the safety of its employees when lineman Roger Steel (63) died after the concrete power pole he was working on near Millers Flat toppled over, in early December, 2010.

When the case was heard in the Alexandra District Court in October 2011, Judge Stephen O’Driscoll found the company had failed to mark or red-tag the pole as unsafe to climb and failed to note the instability of the pole on the job sheet. Following an inquest in 2012, then Otago Southland coroner David Crerar made recommendations to Delta about its work practices. One of his recommendations was for all "suspect" power poles to be red-tagged.

Following the inquest finding, Delta chief executive Grady Cameron said the company had upgraded and enhanced its work practices "to make sure we never have another workmate in this position again".

Mrs Steel was "horrified" last week to learn residents might be at risk from dangerous power poles in the Delta network in both Dunedin and Central Otago.

"It’s unbelievable to think nothing really has changed since Roger died. You’d like to think some lessons would have been learned and his death wouldn’t have been in vain."

Her husband had spent 43 years as a maintenance worker on electricity lines and loved his job but talked to her about his concerns over  a "lowering of safety standards" at his workplace. The comments by whistleblower Richard Healey echoed those concerns and she admired his bravery in speaking out.

"It’s a real sorry state of affairs that it has to come to this.  If what happened to Roger happened to someone else, or if a member of the public was hurt by a falling pole ...  it just doesn’t bear thinking about really. Surely replacing dangerous poles is just basics, even though there’s so many of them," she said late this week.

Although she had to accept her husband’s death, it remained a struggle to accept the way he died and their close-knit family felt his loss deeply.

"We get together with family a lot and we always talk about him, always. Anniversaries are hard. His birthday was the 16th of September and he would’ve been 69."