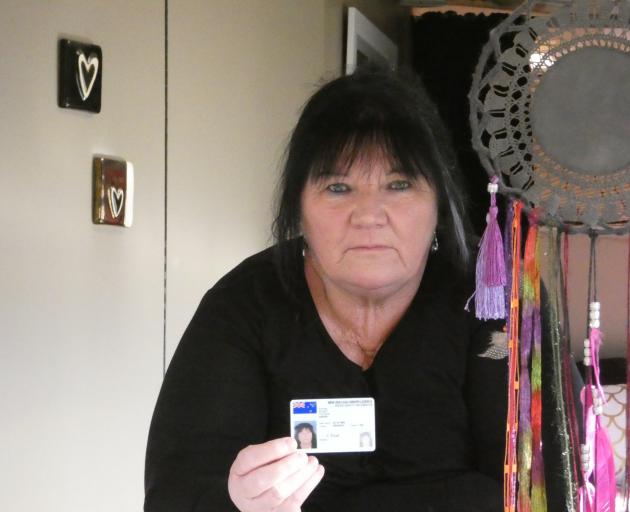 Karen Elliot has only her New Zealand driver’s licence, birth certificate and expired UK passport to prove who she is. Immigration New Zealand has no record of her, despite her coming to the country with her parents as a 10-year-old in 1973. PHOTO: JARED MORGAN
Alexandra woman Karen Elliot has lived in New Zealand for 47 years - without citizenship, residency or a visa.

Mrs Elliot said yesterday her status came to light only when she applied for a job after losing her remote work for a Christchurch company that fell victim to Covid-19.

"If I left the country now, I wouldn’t get back in."

The issue nearly put another job, working remotely for an international insurer, in jeopardy.

Mrs Elliot moved to New Zealand with her parents from Scotland, aged 10, in 1973.

She believed the laws changed in 1977, meaning any arrival before that date was granted automatic residency but not issued any papers.

It is the lack of papers that had become a headache.

"The only thing that has highlighted this in all this time is this job.

"I vote, I am on the electoral roll, I have an IRD number, I have a New Zealand driver’s licence but when I called Immigration New Zealand there’s no record of me."

She said she was also told that information was not shared between government departments.

"By rights they could deport me... I hope they don’t."

To be entered into her potential employer’s payroll system she needed either a passport, or to show both a driver’s licence and a birth certificate.

None of these proved she had the right to live and work in New Zealand, she said.

She grew up in New Zealand, originally in Auckland, before making the move to the Alexandra area, and has two daughters and four grandchildren, spread between Alexandra and Cromwell, she said.

She also has a son in the United Kingdom - ironically, on a UK passport.

"I got all the kids UK passports."

She left a job with Downer to tour the country with her husband in the house bus they have lived in for the past 10 years and working from home had suited her since, she said.

She had also contacted Waitaki MP Jacqui Dean’s office and staff there were trying to speed up the process, Mrs Elliot said.

Lucky this isn't Australia. She'd be on the next flight to Scotland ay.

Case of government departmental error. The left hand does not know what the right hand is doing! Give her a NZ passport forthwith.

Hubby was the same. Came from Ireland with his parents in 1954 as a baby. When he had to do a university course for his job it was picked up he wasn't legal. He applied and received residency really quickly though. The hassle was finding old school reports, club certificates , letters from employers, his kids birth certificates and our marriage license to prove he had always lived here.