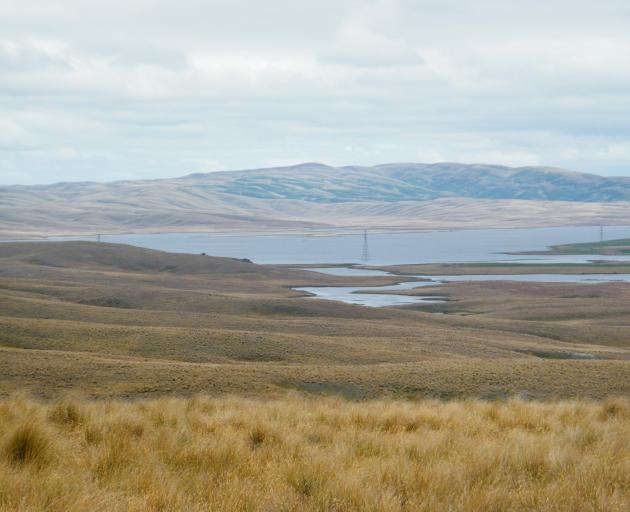 Lake Onslow, in Central Otago. Photo: Supplied
The Government is spending $30 million on a business case to investigate a multibillion-dollar proposal to build a massive storage lake above Roxburgh for a pumped hydro storage scheme.

Energy and Resources Minister Megan Woods said in a media statement yesterday the study would provide certainty on the "costs, logistics and any environmental impacts" of building the scheme at Lake Onslow, and assess potential similar schemes in the North Island.

If it proceeded, the scheme would make New Zealand one of a few countries with a fully renewable electricity system, and solve the problem of dry hydrological years.

It would also be the country’s biggest infrastructure project since the 1980s, Dr Woods said.

"The project could create thousands of jobs, make wholesale electricity cheaper in the long run, and it would decarbonise the grid as we wouldn't have to rely on coal and gas to make electricity."

Pumped hydro schemes would create opportunities to electrify sectors across the economy, such as transport and industrial heat, because cheaper electricity would be more competitive than fossil fuels. 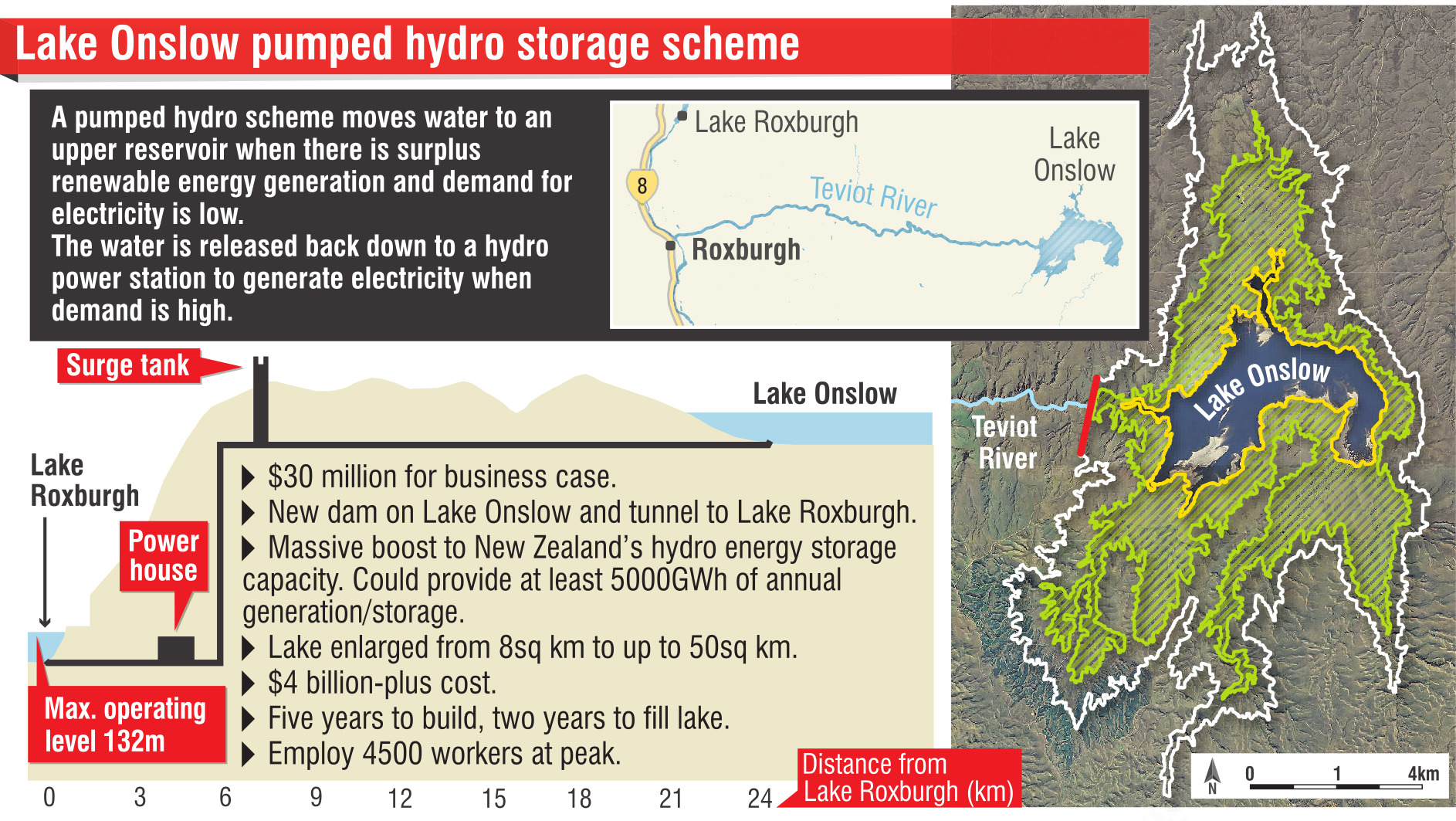 The business case, to be carried out by the Ministry of Business Employment and Innovation, stems from a Government push to have 100% renewable electricity in New Zealand by 2035.

It was recommended by the Interim Climate Change Committee, commissioned by the Government to report on accelerated electrification.

The Lake Onslow project was first mooted in 2005 by Earl Bardsley, of the University of Waikato's science and engineering faculty.

Prof Bardsley told the Otago Daily Times Lake Onslow was the best site for a pumped hydro storage scheme in the country, with the "right combination of elevation and water below it".

It could have a storage capacity bigger than the maximum energy storage of all New Zealand’s hydro lakes combined.

"It would be a game-changer nationally, because it would be an enabler.

"Everyone’s talking about the green transformation — the electric cars and the change to electrified heat.

"But you can’t actually do all that unless you buffer yourself against a dry year."

Dr Bardsley said the business case would take about a year, and include community and iwi consultation.

He acknowledged there would be concern about the environmental impacts of massively enlarging the lake’s area.

"But I’m hopeful that once people take the time to think about it, they will see it as an environmental asset, as well as an energy asset."

Central Otago Mayor Tim Cadogan said the district would "benefit immensely" if the scheme went ahead.

"It’s hugely significant when you think about the difference the Clyde Dam project made to Central Otago in the 1980s.

"This is on a similar scale. It’s a vast number of jobs, and it’s great to see moves towards what needs to be done to ease our dependence on fossil fuels.

"Hopefully, the business case will stack up and we’ll see this incredible project come to fruition," Mr Cadogan said.

There would be divided opinion over the scheme’s potential ecological impacts "but we need hydro to get ourselves off fossil fuels, so something’s got to give in that process".

Environmental Defence Society chief executive Gary Taylor said the project would be the single biggest step the country could take towards meeting its climate change targets.

More information was needed about its potential environmental impacts on terrestrial and freshwater biodiversity "but let’s take a close look and see if it’s doable".

Dr Woods also announced $70million to increase electrification of industrial and process heat in the lower South Island by upgrading transmission lines, and direct support for industrial users to convert their coal boilers to electricity.