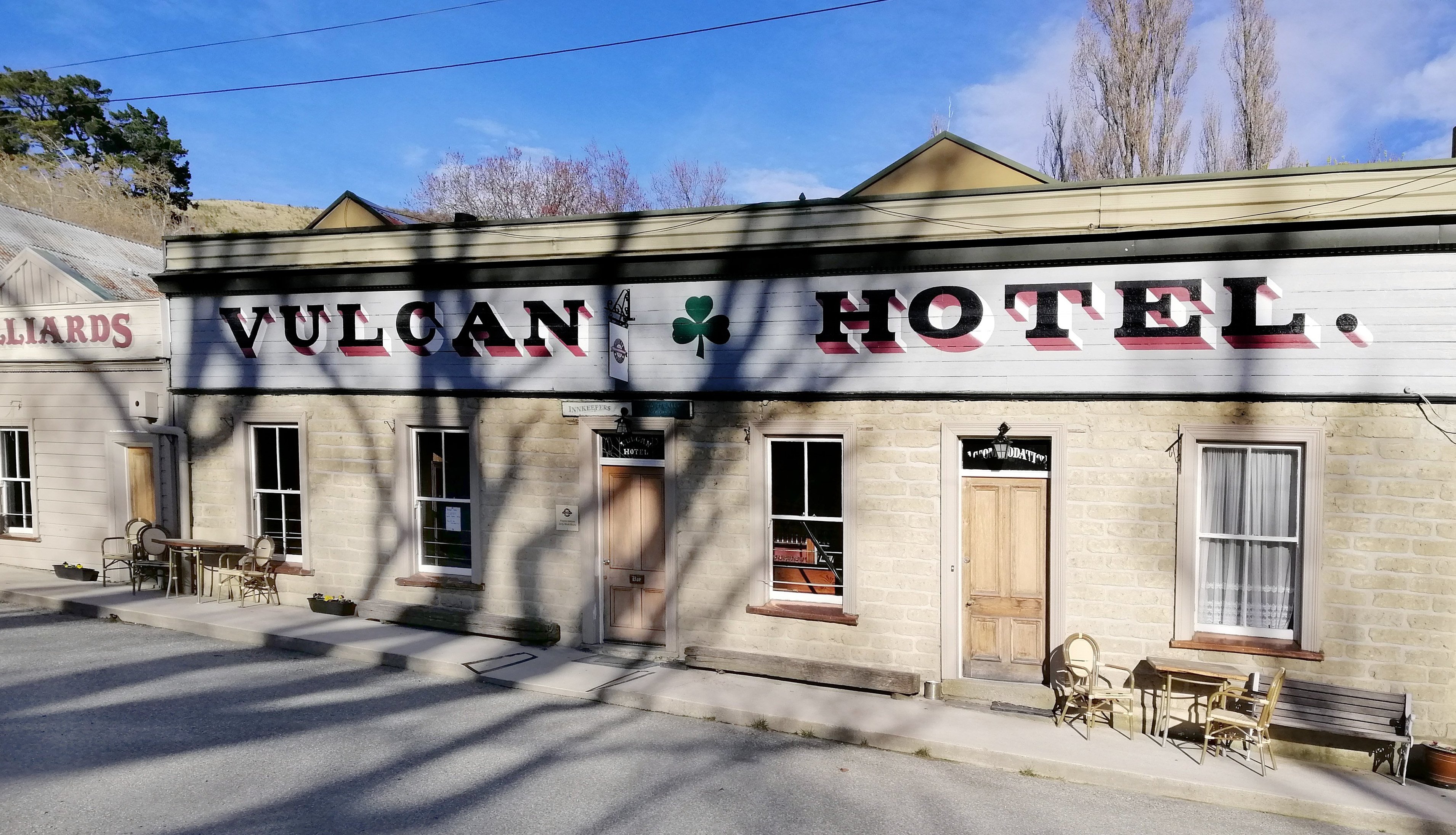 A handwritten sign in the window reads "Vulcan Hotel closed, sorry for any inconvenience."

For the building’s owners Jude and Mike Kavanagh, the story is complicated and begins after a lease-to-buy agreement fell through three weeks ago.

Mrs Kavanagh said she and her husband put the hotel up for sale in December 2018, after 20 years behind the bar, due to Mr Kavanagh’s poor health. They felt it was time.

"In the end Michael was not well and we weren’t up to it."

A sign on a window says the historic Vulcan Hotel is closed.

A year later it was off the market after a deal was struck with West Melton man Brendan Richards, to lease the hotel.

The Vulcan Hotel name was maintained but the new business was called St Bathans Cafe and Bar.

The final sale date was set on August 18, she said.

"When he was meant to come up with the money, he wouldn’t sign the contract.

"He just walked out."

That left the hotel without a liquor licence as it was held by Mr Richards and there was no option but to close, Mrs Kavanagh said.

Eftpos, electricity, and telephone accounts had also gone with Mr Richards. Relations had been tense since, she said.

Mrs Kavanagh said she had applied for a new liquor licence and a local person had shown an interest in taking over a lease.

"We’re just waiting for the licence to come through."

Until then the watering hole will stay closed with its most famous alleged resident, the ghost of a prostitute nicknamed "The Rose", who died more than 100 years ago, without companionship.