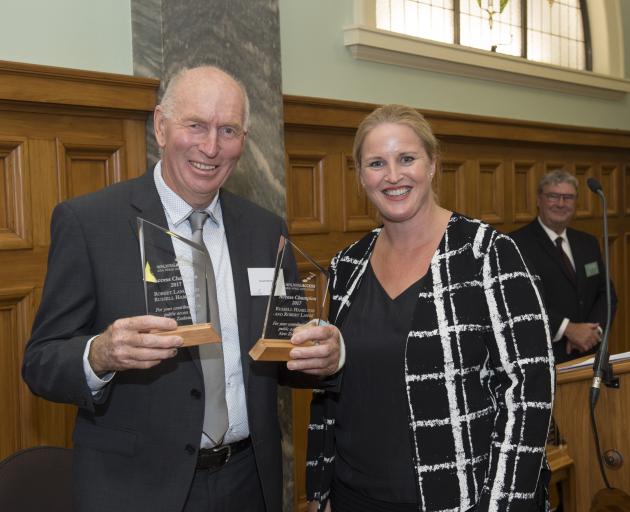 Mr Hamilton, who accepted the famously publicity-shy Mr Lange's award on his behalf, said it was ''very nice'' to be recognised.

His boss, on the other hand, was ''pretty laid-back'' about such recognition.

''Getting him to a ceremony like that would take a couple of teams of horses.''

In 2015, four QEII National Trust protective covenants, collectively known as Mahu Whenua, were placed over 95% of the land.

In addition to the creation of the Motatapu Track eight years ago, 23 trails are being either upgraded or built, many in partnership with public and private bodies.

The citation for the pair's awards said they were taking a ''positive and proactive'' approach to access and conservation.

Well before formal easements were in place, tracks and routes had been marked and signposted across the two stations nearest to Arrowtown.

''The work they've put into unlocking this large part of Central Otago is extraordinary. Not only has their generosity and effort opened up a massive chunk of the area for Kiwis to enjoy, but they're also ensuring native wildlife is re-introduced and protected.

He commended Mr Lange for his ''enormous contribution'' to New Zealand.

Take a walk with us through Mahu Whenua in The Weekend Mix on Saturday.