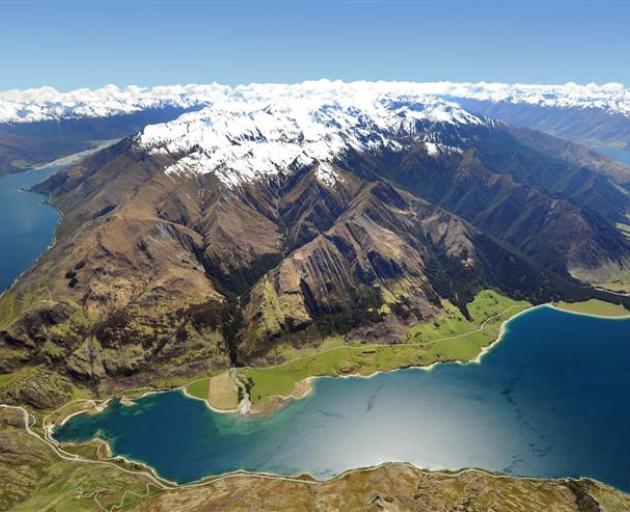 Hunter Valley station, which extends from Lake Wanaka (left) around the shore of Lake Hawea (foreground) and up the Hunter River (top right). Photo by Stephen Jaquiery.

Another group has come out against the public access provisions set during the sale of Hunter Valley Station to American television show host Matt Lauer. 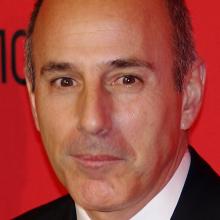 In its decision to grant the sale of the 6468ha station's lease, the Overseas Investment Office said there was also a willingness from Mr Lauer to enable public access to several important sites in or near the station.

Public access through the station, run by Taff and Pene Cochrane, to public land has been a contentious issue in the past.

A member of the Cochrane family will continue to manage the farm.

The Upper Clutha Tracks Trust, which had discussions with Mr Lauer's representatives before the sale, about improving public access, said nothing had changed.

As well as the tracks trust, Otago Fish and Game and the Federated Mountain Clubs (FMC) have expressed disappointment at the lack of guaranteed access.

UCTT chairman Grant Fyfe said because access could still be denied by the farmer at any time, the new conditions were no different from what was in place before.

The decision meant access to the Hunter Valley from the north side of the lake needed to be granted by the farmer and this could be denied at anytime, Mr Fyfe said.

It would be good to see the new owner show some goodwill and provide meaningful access to public land, Mr Fyfe said.

Wanaka Community Board chairwoman Rachel Brown said many of the provisions set by the OIO were vague, so it was hard to determine what they would mean for access in the future.

One positive outcome was public access to Kidds Bush Reserve from Meads Rd would be finally settled.

A condition of the sale was for the new owner to support and pay for surveying and legal costs associated with the Queenstown Lakes District Council taking over the road.

Queenstown lawyer and Mr Lauer's representative Graeme Todd said everything that had been asked of Mr Lauer by the OIO had been done.

Mr Lauer wanted to be a good land owner and work with the community to allow public access through parts of the station when it was suitable, he said.

''What people have to remember though is this is a working farm with all that entails and you need to have some control (of) who is on your farm.''