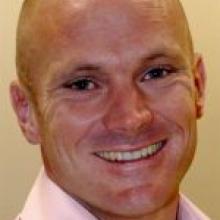 Jonathan Hill
Silt-removal from the Manuherikia River has halted while the river is in flood.

Contact Energy is partway through a four-month project removing 50,000cu m of sediment from the river to mitigate flooding.

The work was a condition of its consent to continue operating its Clutha River hydro dams.

The Manuherikia river's flow had peaked at about 350cumecs on Sunday and was flowing at 80cumecs yesterday Its usual flow was about 10 to 20cumecs.

Phone services and roading in the St Bathans district were on the repair list yesterday as the weekend's heavy rain took its toll.

The Dunstan Creek, Manuherikia River and Clutha River at Alexandra had peaked and were falling and the only road affected by floodwaters in the Central Otago district was the Becks-St Bathans road, which was closed by a washout near the approach to the Dunstan Creek bridge.

Central Otago District Council roading manager Julie Muir could not say yesterday when it would be repaired.

Phone services to the wider St Bathans district, cut by floodwaters on Sunday, were restored yesterday.

Telecom spokeswoman Kath Murphy said 60 subscribers were affected, but she expected the service to be restored by last night.

The Central Otago District Council's emergency management officer Owen Burgess said there was "no drama" in the district but the river levels were being monitored.