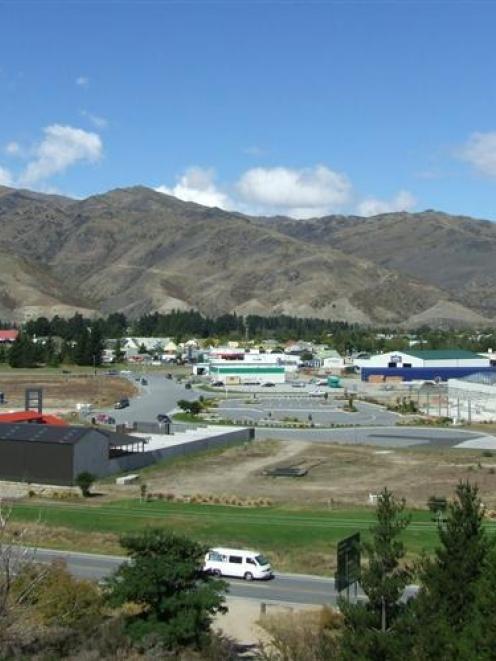 The new Nichol's Garden Centre in Cromwell (left), with the new Mitre 10 premises at right. Photo by Lynda Van Kempen.
The face of Cromwell is changing, with two multimillion-dollar developments under way at one of the main entrances to the town.

Nichol's Garden Centre should be open by the end of this month or early April, while the new Mitre 10 building is expected to be open by mid-May. Both are in the Sargood Dr commercial subdivision, 5ha of land on the northwest boundary of the town, which was bought by the Cromwell Community Board in 2001 for $400,000.

The subdivision contained 23 lots, which were bordered by Sargood Dr and State Highways 8B and 6. The minimum floor size was set at 600sq m.

Spending $3 million on a new garden centre at Cromwell during a recession was no gamble, Nichol's garden group general manager Rhys Gibbs said this week.

The centre will be completed in four or five weeks and the complex will include a garden retail outlet, cafe, florist and a landscaping business. It is based on a 7500sq m site at the junction of State Highways 6 and 8.

"It represents a major investment for us in the district and, in spite of the difficult financial times, we decided to forge ahead with the project," Mr Gibbs said.

"Research over the years has shown that gardening is one thing that remains strong during hard times. People don't go away for holidays, or go on overseas trips, so they're spending more time at home. That means the gardeners will tend to spend a little on their surroundings."

The Cromwell centre is the third for Nichol's in Otago and Southland and will follow a similar formula to stores in Dunedin and Invercargill.

It is the first purpose-built centre for the company on a greenfields' site and there is room for future development.

"We have a prime location and there'll be lots of tourist traffic going past. There is room for future development on the site for some tourist-type business," Mr Gibbs said.

Ten full-time and part-time staff have been employed, all passionate gardeners.

The new Cromwell Mitre 10 is 3000sq m and is owned by Toby and Glenda Templeton. The building was six times bigger than their existing shop and it was a "multimillion" development, Mrs Templeton said.

Extra staff would be employed but it was hard to gauge how many more were needed until the shop was "up and running", she said. The existing shop employed eight staff. 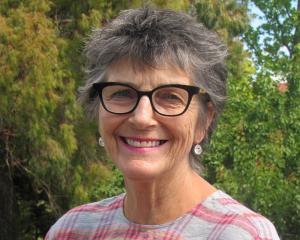 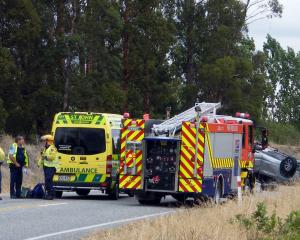 No injuries in crash despite vehicle rolling