By Simon Henderson
0 Comments
The challenge of making climate change compelling was the focus of an experiment at Dunstan High School last week.

The aim was to see if different ways of presenting information were more effective. 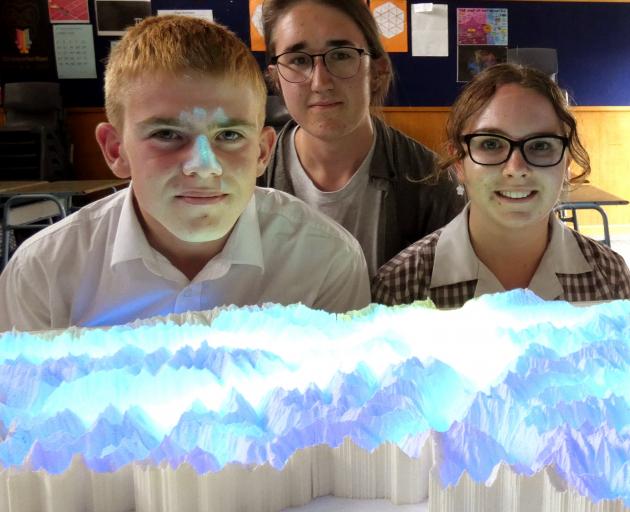 ‘‘We want to see if we can get people to care about climate change and we also want to see which presentation method is most effective.’’

‘‘We wrote a programme that has two screens.’’

One screen was the projection on to the map, showing different data as colour gradients.

‘‘The other one is a touch screen that allows people to select what they want to see.

‘‘They can select types of data, year and whether it is a good outcome or a bad outcome.’’

James said pupils were able to select different climate change information to be projected on the model.

The display used two angled mirrors to project data back down on to the model.

Data from as far back as the 1970s was used to help predict future scenarios up to the 2090s.

The community-driven project was given funding of $19,786 by the Otago Participatory Science Platform.