Marriage in the air at Bronz bike rally 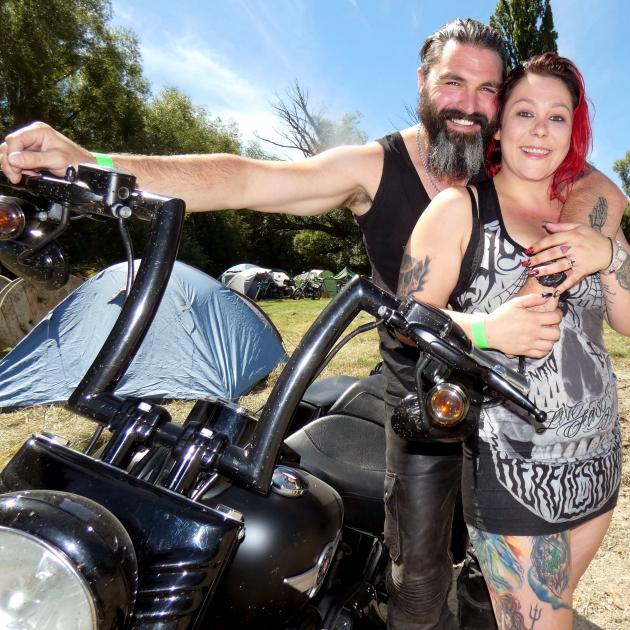 But another kind of sparkle was in the air for one Invercargill couple.

It was at last year’s rally that Tony Evans got down on one knee in front of Dayna Leader and proposed to her.

Miss Leader was relaxing under a willow tree when something seemed to be up with her boyfriend.

"He was just being weird."

Mr Evans went away to get a couple of drinks while Miss Leader was chatting and making friends with a some people.

When Mr Evans came back she thought he was acting strange.

"He was being really rude to them and trying to get them to leave."

"And then he just popped down on one knee, told me I’m amazing, and proposed ... it was really sweet."

Attending the rally was now a special anniversary for the couple, and it looks like it is going to stay that way.

"We are actually hoping next year or the year after to get married here," Mr Evans said.

Rally organiser Phil Scorringe said about 800 to 1000 were expected at the 37th rally over the weekend.

The rally raised funds for the Muscular Dystrophy Association and Otago Rescue Helicopter Trust and last year raised about $6000.