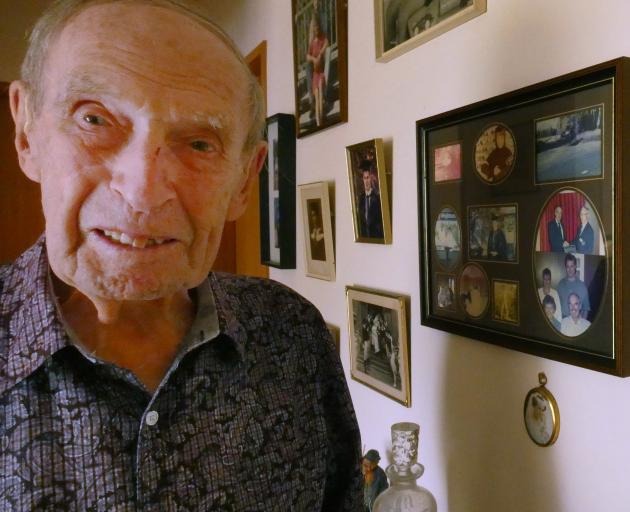 Cromwell man Tom Landreth admires some of the photos hanging in his lounge. Mr Landreth will celebrate his 100th birthday tomorrow. PHOTO: ALEXIA JOHNSTON
Tom Landreth is not your typical centenarian, but continues to prove age is just a number.

At just one day shy of his 100th birthday, Mr Landreth still lives independently in his Cromwell home and has a driver’s licence.

Even at the age of 95 he managed to sink a hole in one on the Cromwell Golf Course.

He has since hung up his golf clubs, but Mr Landreth is still a proud "non-playing" member of the club and is a valued member of the RSA and Lions Club.

Mr Landreth moved to Cromwell from Dunedin with his late wife, Alwyn (nee Hallum), when he retired in 1985.

He studied chemistry at the University of Otago, from which he graduated in 1941, but had to put his career on hold while he served in the army in the Pacific during World War 2.

When he returned, Mr Landreth picked up where he left off, embracing a career as a chemist and technical officer in the wool industry.

His career enabled him to travel the world, with Mrs Landreth at his side.

They had two children, Trudi and John Landreth, who now live in Hawkes Bay and Wellington respectively.

Mr Landreth said meeting Alwyn, who was a nurse, getting married and having children were at the top of his long list of highlights over the years.

Momentous occasions have continued in recent times, including two special birthday greetings — one from the Queen and the other from Prime Minister Jacinda Ardern.

Mr Landreth will celebrate his big day, which falls tomorrow, with a large gathering of friends and family.

However, "the Queen was, unfortunately, unable to come to the party," he said. 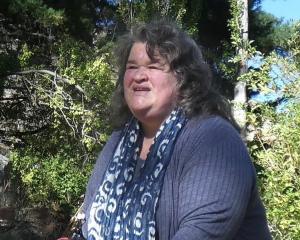