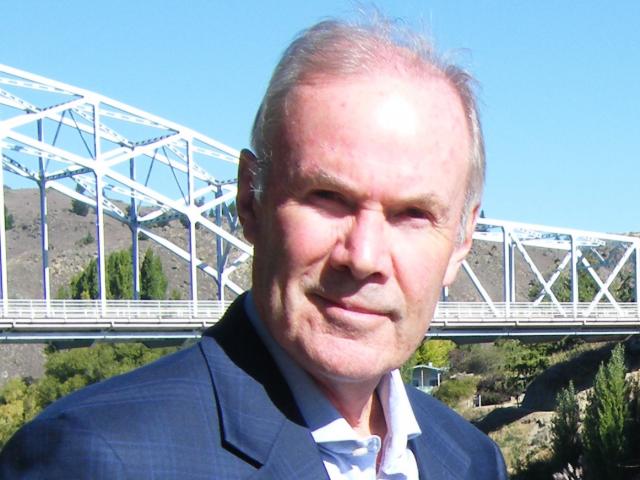 Brian Sanders.
A major milestone has been ticked off for the Centre for Space Science Technology (CSST), but the next round of work is only just beginning, the CSST trustees say.

The five trustees were announced in Alexandra yesterday.

They are Brian Sanders, of Cromwell, Tony Lepper, of Earnscleugh, Bridgit Hawkins, of Wellington, Dr Peter McComb, of New Plymouth, and David Smillie, of Dunedin.

Mr Sanders said the appointment of trustees was a good milestone to achieve, but the trustees already had significant work to do.

''There is a huge amount of work that everyone is very much looking forward to.''

The trustees will now appoint CSST's five directors. About 80 applications had been received, and it was hoped the directors would be named by the end of this month, Mr Sanders said.

The directors will then appoint CSST's chief executive officer.

Central Otago District Council economic development manager Warwick Hawker, who was the chairman of the CSST governance advisory committee, which selected the trustees, said the calibre of trustee applicants had been extremely high. About 15 applications had been received.

Mr Sanders was a retired New Zealand diplomat with extensive experience and connections at ''the most senior levels'' across the national and international political, government and business spheres, Mr Hawker said.

Mr Lepper had an extensive background in governance, including local government, and two terms as Central Otago mayor. He also had strong links to the horticulture and irrigation sectors.

Ms Hawkins is a chief executive with broad, successful experience in science and technology commercialisation, specialising in the rural sector.

Dr McComb leads MetOcean Solutions, a science-based consultancy that specialises in modelling and analytical services in meteorology and oceanography.

Mr Smillie is a solicitor who specialises in commercial and corporate law, and who has extensive experience of trusts, including the creation and administration of the Orokonui Ecosanctuary.