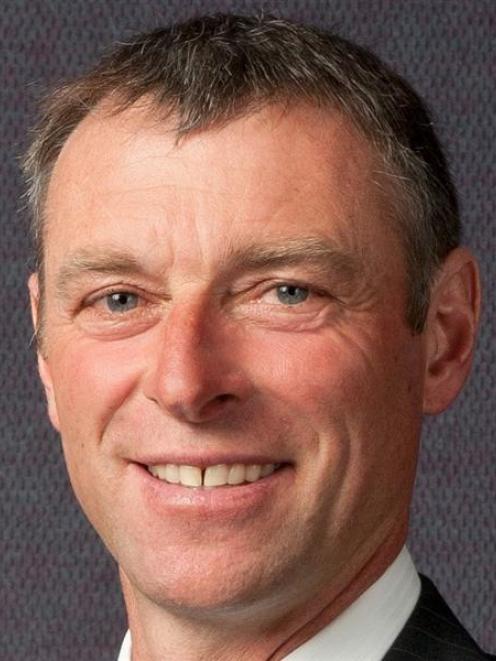 Stephen Woodhead
The Otago Regional Council's relationship with Tarras Water had got to the point there was no way it could become a dry shareholder, council chairman Stephen Woodhead said.

The council made a decision at a meeting yesterday not to invest $3.5 million in Tarras Water's irrigation scheme.

Cr Duncan Butcher said Tarras Water had failed to listen to the council and had ''taken it on a wee bit of a ride''.

''They thought we needed water in the Lindis, so we'd do anything.''

That was a lesson for any others thinking of coming to the council with an irrigation scheme request, he said.

Mr Woodhead said while he had been a supporter of the scheme from the start, because of its economic and environmental gains, the business relationship between the council and Tarras Water meant any investment was not able to be ''rubber stamped''.

Despite the council turning down the request, he ''sincerely hoped'' it did not end Tarras Water's plans, as there was still a need for water in the Ardgour Valley.

''I genuinely hope they will be able to find another shareholder.''

It was a hope echoed by many of the councillors.

Cr Gretchen Robertson said it was with a ''heavy heart'' that she could not support investment in the scheme.

The failure of Tarras Water to meet council-imposed conditions and the risk of not being able to sell the dry shares meant it was too risky to invest.

''A lot more risks have become apparent,'' he said.

Cr Michael Deaker said at the outset, involvement in the scheme was promising but the shrinking of the scheme to a ''handful of landowners'' meant it was a different proposal now.

The overwhelming public reaction to the investment proposal reinforced this.

Cr David Shepherd said the significant deviations Tarras Water had made brought him a ''great deal of discomfort''.

''I sincerely hope Tarras Water Ltd do not see this as a rejection of the irrigation scheme per se.''

Tarras Water Ltd secretary John Morrison said when contacted he was not surprised at the council decision.

He could not say what impact it would have on the scheme until the latest share offer closed on Friday.