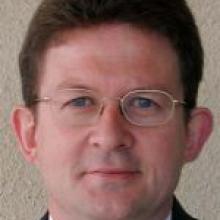 In his written report presented to the hearings panel on September 2, Mr Whitney said the proposed 95sq m retail activity exceeded 50sq m, or 10% of the total building area, and was therefore a discretionary activity because it breached the council's rules for retail operation in an industrial resource area.

On Edge has frontage to McNulty Rd and Wolter Cres.

Mr Whitney also said the four parking spaces sought in Ms McHardie's application were more than the council's district plan allocated according to size of the corresponding activity.

"The activity will utilise 7.8% of the parking spaces that have been provided on site for the Traders Lane complex, while the shop will cover 1.8% of the complex. In essence, less parking will be available to future tenants of other units on site," he said.

No submissions were received on the proposal, which was not notified. Affected-persons approval forms were signed by five businesses within the neighbouring industrial area.

In granting consent to Ms McHardie, the CODC hearings panel imposed eight conditions, which included that three car-parking spaces be made available for the business. Staff and clients of other businesses were not to use the parking spaces, which had to have corresponding signs installed confirming their use for On Edge staff and clients only.

In her written application, Ms McHardie said business hours would be 9am to 5pm Monday to Friday, and 11am to 4pm at weekends, but could vary according to popularity of the shop. No conditions of consent related to business hours.

• Lauder expansion: Owners of a bed and breakfast facility based at the old Lauder school have been granted resource consent to expand their business, to meet increasing demand for traveller accommodation along the Otago Central Rail Trail.

Ralph Graeme and Nicola Milne's application for additional accommodation to house up to 20 people was this week approved by the CODC hearings panel.

The couple's proposal included on-site activity seven days a week from September to May at the old school complex, which fronts State Highway 85 between Lauder and Omakau.

Most activity was anticipated between 8am and 10am, and from mid-afternoon to early evening, while guests arrived and checked out.

The property might also be used during winter months, if required.

During the proposed two-stage expansion process, alterations will be made to the existing buildings to allow room for 16 guests - up from the six who can be accommodated at present.

Stage two of the development will include the construction of new buildings at the site, one of which will be a bedroom and another an accessible unit. The aggregate area of the buildings proposed in stage two will not exceed 100sq m.

All changes will be designed and undertaken in keeping with the historic school, and clad in weatherboard or a similar material.

Lauder's former school-building was built in 1906 and is within a rural settlement zone. Planning consent to use the school as a dwelling was first granted in 1989.

• Water tank: A Brewery Creek couple have been granted resource consent to locate a 30,000-litre water tank within an area of outstanding landscape in the Cromwell Gorge, despite neighbouring residents' opposition to the proposed structure.

Thomas and Julie Batt presented their application for resource consent to the CODC hearings panel in Alexandra on September 2.

Their proposal generated four opposing submissions from angered neighbours who said the tank would destroy their idyllic views.

The greenwater tank will be situated on a site subject to a QEII National Trust covenant.

Homeowner Rodney Keillor attended the Batts' presentation to the panel, at which he said the tank would work against the reasons he and his wife moved to the area.

"It is in full view of our house, which is . . . our leisure place. It is valued landscape, not only to us personally, but also to the general public."

In her submission to the panel, Mrs Batt said the proposed site was appropriate for the intended use of the tank. It provided shielding of the tank from neighbours' views, she said.

"We have taken every step to locate the tank so that it would have minimal visual impact, and we will undertake any screening necessary to hide the tank from view. Opponents of our application seem to be unaware that we would be well within our rights to locate the tank in a separate place of higher visibility without consent," Mrs Batt said.

She also told the panel there was an existing water tank the same size 7m from the proposed site.

Council planning consultant David Whitney recommended the Batts application be approved, although it breached rules for areas of outstanding landscape, on which there were to be no structures or buildings erected other than post and wire fences.

In granting consent, the panel imposed 10 conditions, which included planting to shield the tank within 60 working days.