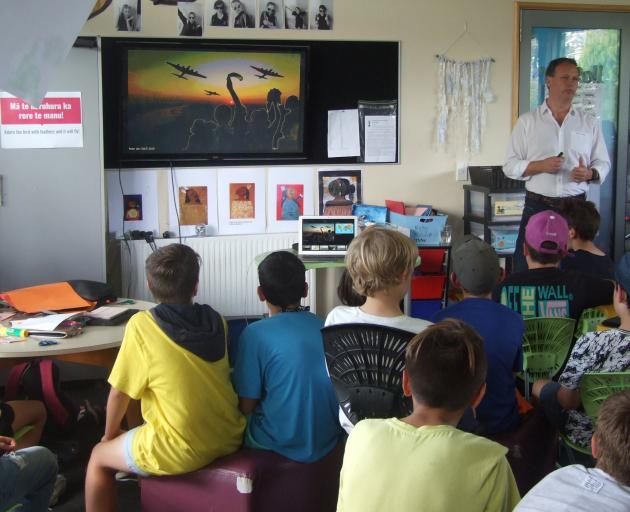 Military researcher Peter den Tek speaks to Alexandra Primary pupils on Friday about some of the scenarios faced by Allied airmen during World War 2. Photo: Adam Burns
A Dutch military researcher had Alexandra school pupils riveted during a presentation last week which touched on a hometown hero. 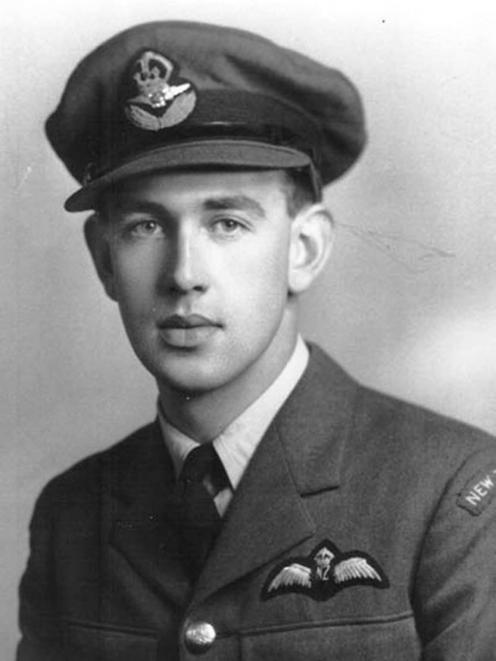 Jack Lunn was a fighter pilot in World War 2 and originally hailed from Alexandra. Photo: Supplied

Mr den Tek was using the opportunity to provide talks on the Allied airmen who fought during World War 2, including the ''sacrifices New Zealand Allied airmen made for Holland''.

''I wanted to give something back to the New Zealanders and what better way to do that than to teach at schools about local heroes, because that's how we see them.''

He spoke to year 7 and 8 pupils at Alexandra Primary School on Friday.

The aim of the lesson was to ''show the role of the New Zealand boys played in the the liberation of the Netherlands and what the terrible consequences are of dictatorship and war''.

A significant connection covered during Mr den Tek's visit was the exploits of Alexandra man and Hawker Typhoon pilot Jack Lunn, who crashed on to Dutch soil in 1945 during World War 2.

Mr den Tek has been working alongside the Lunn family to help recover part of Mr Lunn's remains and plane.

He also attended a family reunion of the Lunn family over the weekend.

''He is like my brother because I've done so much research on him,'' Mr den Tek said.

He said the Jack Lunn connection made it ''easy

for the children to identify'' with the late air pilot, who was a pupil at Alexandra Primary.

His nephew John Lunn, of Alexandra, said Mr den Tek's journey to New Zealand was ''poignant'' for him and his family.

This was because ''Peter has come out from Holland to meet the family and the fact [the Dutch] aren't going to let it die. They don't want the generations to forget.''