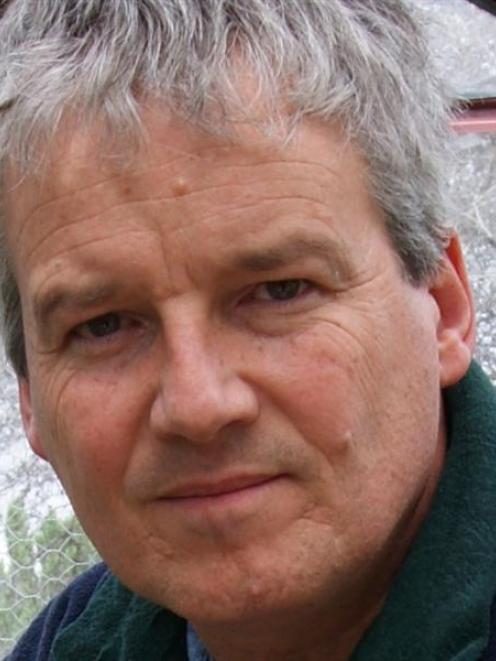 Greg Bodeker.
Under a worst-case scenario climate model, Alexandra may have to look for another horticulture industry within a few decades, climate scientist Greg Bodeker says.

If nothing is done to change greenhouse gas emissions, by the middle of this century Alexandra could, on average, be several degrees warmer, meaning no frosts in winter and potentially eliminating the cool period fruit trees need to go through before they blossom and fruit.

But, if action is taken now, it could be a completely different story.

The former National Institute of Water and Atmospheric Research (Niwa) scientist will present four scenarios, based on Alexandra-specific climate data, in a public talk at the Otago Daily Times Theatre in Alexandra tonight.

Speaking to the ODT yesterday, Dr Bodeker, who lives near Alexandra, said his aim was not to scaremonger but to incite discussion on what individuals or the town as a whole could do to mitigate emissions.

''It's taking responsibility at a community level.

''I'm not going to be telling people what to do. I'm hoping some people will come up with suggestions.''

He said a starting point could be to work out exactly what the carbon footprint of the town was and then think about investing money in community facilities like some kind of charcoal-making facility.

Orchard prunings, for example, could be turned into charcoal and then dug into the ground, effectively ''pulling the carbon out of the air and burying it'' instead of having a burn-off.

While temperatures would rise under his climate models, rainfall might not.

That is not to say the Clutha River would not change.

More rain could fall in the river's headwaters but ''that is not something we have looked at yet''.

As a scientist, he says he is a sceptic and he has looked at how much global warming could be attributed to the earth's natural cycle.

''Global warming is just a theory but it's a theory that you can test.''

Solar output, for example, could be blamed for global warming but if that was the case, satellite data should show a big increase over the last 40 years, and that was not evident, he said.

While evidence showed a continuing upward trend in global average temperatures, if you think on the thousands of years scale, we should be drifting into another ice age''.