Tarras Fire Brigade controller Mark Davidson is on a mission to improve the safety of both motorists and golfers at a bend on State Highway 8, just north of Tarras.

Mr Davidson said ametal guardrail was removed from the corner, next to the Tarras Golf Course, eight years ago. 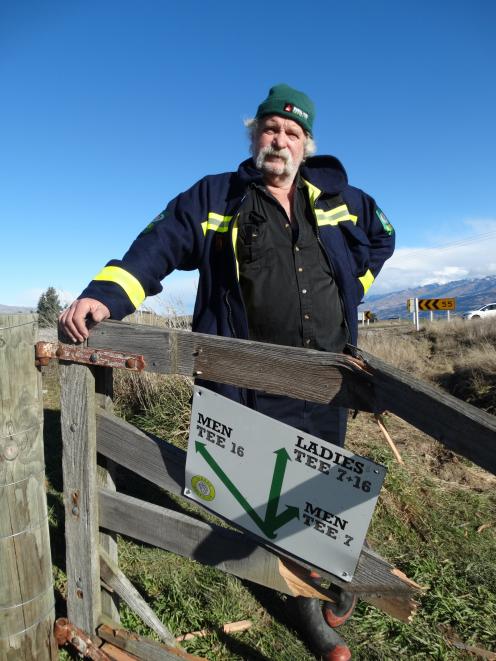 Tarras Fire Brigade controller Mark Davidson and the Tarras Golf Club gate damaged in crashes.PHOTO: MARK PRICE
In the last year, emergency services had attended three crashes where vehicles ran off the corner and into the golf course, and there were known to have been two other crashes they were not called to.

"The golf club's had to fix the fence twice - now it's wrecked again."

He was worried a golfer leaving the sixth green to cross the highway to the seventh tee might be hit next time.

"That's a concern from a local point of view."

Mr Davidson said the guardrail was erected in the late 1970s after an Austin 1100 ran off the next corner at speed and hit a tree several metres off the ground.

That corner still had its guardrail, but he had been unable to find out why there was not one at the golf course corner. 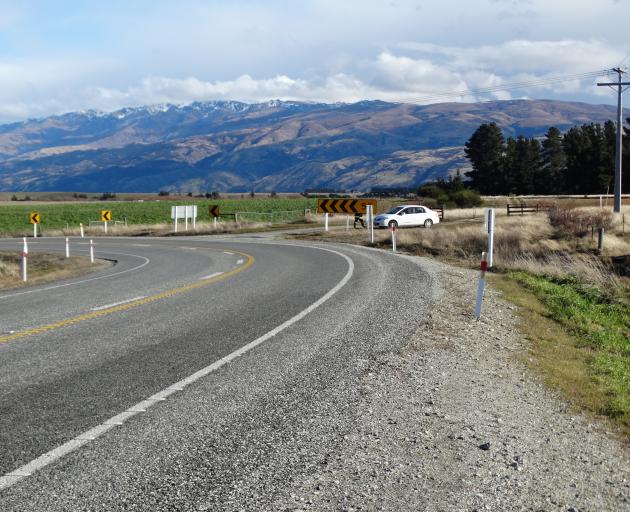 In June last year, a tourist bus ran off the road at the corner and last month, a car crashed at the same place.PHOTOS: MARK DAVIDSON.

"We need to know, and there needs to be a rethink as to whether or not there is a barrier of some sort there, before someone does get seriously hurt or killed."

One of the crashes, in June last year, involved a bus carrying tourists which failed to take the corner and ploughed into the golf course.

And a car ran off the road in the same place last month.

The nine-hole course is believed to be the only one in New Zealand with a state highway running through it. 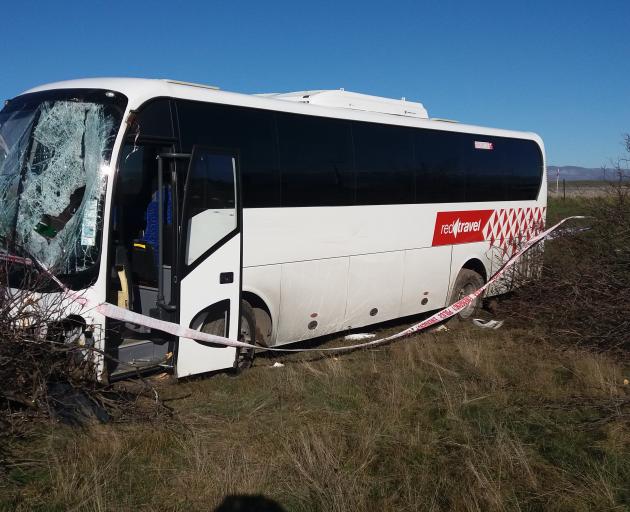 "It was not reinstated because there is a farm access point behind the guardrail that forced drivers to enter and exit the highway at a point near the end of the guardrail which had restricted visibility through the curve."

The agency had added extra signs, edge marker posts and a rumble strip at the corner.

Mr Jarvis said the agency would investigate the recent crashes and review the situation "to see if further work such as electronic signs, or if a modified barrier option that will not compromise safety at the farm access, is possible". 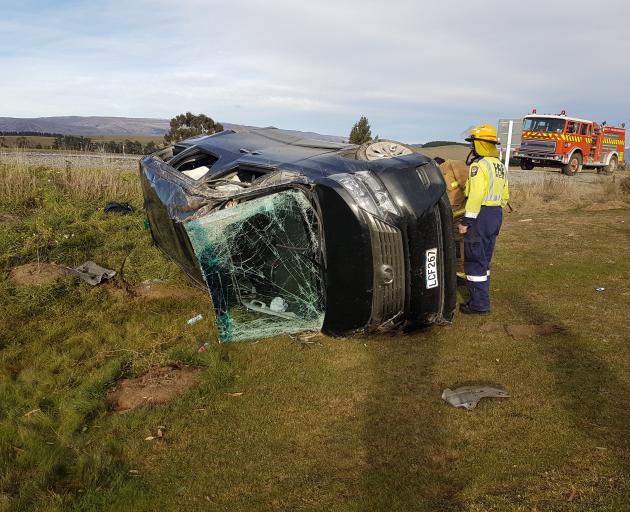