Skybase to make second bid to use Central airspace 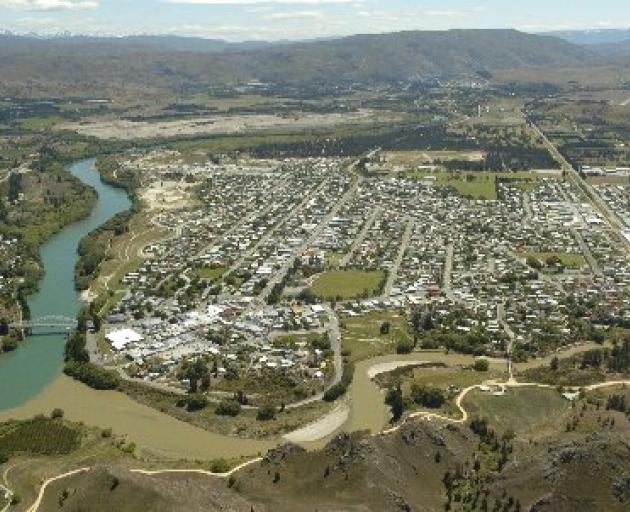 An aerial photograph of Alexandra. Photo: ODT files
The Christchurch company wanting to test its aerial technology in Central Otago has announced it has reset its bid to use Alexandra airspace.

With submissions to the Civil Aviation Authority due to close, Skybase cancelled its original application to establish 500sqkm of restricted airspace to test drones at long range.

Company founder Michael Read wrote in an open letter on the company website Skybase would make a second application in the coming weeks.

Mr Read was not available for comment, but the company's business development manager, Liam Finlayson, said the company's enthusiasm for the technology might have "caused us to maybe not explain everything in the way that we perhaps should have initially".

While the company had received support for its proposed tests of unmanned, long-range aircraft and the potential public benefit in the technology's application for emergency services, Skybase had also heard the community's concern.

"I don't think we were unclear about it, but I certainly think we could have taken a bit more time to address the public who are going to be benefiting from this service, rather than focusing more on the actual regulatory and legal side of getting this under way," Mr Finlayson said.

"I think the main issue that we're having, more than anything else, is a misunderstanding about what we're going to be using the airspace for, the kind of tests that we are doing, and whether or not us flying these assets in the airspace is going to be an issue for anyone."

A Civil Aviation Authority spokeswoman said the agency received 70 submissions on the application.

"What I totally don't support is where," he said. "It's a very high use area.

"This has potential to have quite a big impact on the services we provide - and medical emergencies in the greater Central Otago region - and for that reason I don't support their [original] application at all.

"And for that reason, I would support them to go somewhere where it's not in direct conflict to multiple users both daytime and nighttime."

Alexandra helicopter operator Doug Maxwell said other airspaces in New Zealand, including one in Canterbury, had already been created that could be used for the testing.

"I don't think [Skybase] have done their homework on how much that airspace is being used already," he said. "It's being used a lot more than [Skybase] anticipated and also that I think the CAA (Civil Aviation Authority) understood."

Mainland Air owner Phil Kean, whose company uses the area for training flights and regularly flies charters through the airspace, also opposes the application. He said he would take a wait-and-see approach to any subsequent application.