Small generators fear reform would see them ‘snaffled up’ 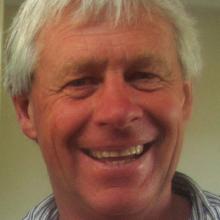 Tony Lepper.
Irrigators  could be  "caught in the crossfire" if proposed power reforms go ahead, a meeting in Cromwell was told yesterday.

The meeting was told the survival of small generators was threatened by reforms planned by the Electricity Authority.

One of the proposals was to remove  a rebate paid to smaller power stations — a service payment given to generate electricity at peak times.

About 500 submissions have been received and no decision has been made yet on the reforms. Central Otago Mayor Tony Lepper told those at the meeting "today will be a waste of time if we don’t do anything".

The number of small generators had expanded  based on legislation that was only nine years old, he said. 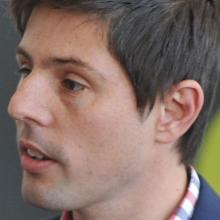 Gareth Hughes.
He said the proposed changes seemed "rushed" and suggested pressure be placed on politicians before the general election.

In one example, three irrigation schemes would be affected if  Pioneer Energy’s  Fraser hydro-station was forced to close as a result of the reforms,  Mr Lepper said.

Pioneer is the  Central Otago-based company that succeeded  the Otago Central Electric Power Board.

The company is owned by the Central Lakes Trust and pays the trust an annual dividend, providing funds for grants to local groups.

Pioneer chairman Stuart Heal told the meeting the regulations the company operated under were set up in 2007 when  the government wanted to encourage local generation.

The proposed changes would be a "major blow".

Pioneer had no problem with the Electricity Authority finding a fairer way to share transmission costs but the  local network could  be decimated if the service payment was removed.

"Irrigation companies could be among those getting caught in the cross-fire," Mr Heal said.

IEGA chairman David Inch said the organisation’s members relied on those rules in planning, designing and applying for  consents for power generation  assets.

"Small generators will become uneconomic and will be snaffled up by lines companies."

He called for less haste and more consultation on the planned reforms.

A statement on behalf of Waitaki MP Jacqui Dean was read to the meeting.

She said she shared the concerns about the  reforms and had discussed them with the Electricity Authority and the Minister of Energy and Resources, Simon Bridges.

The Electricity Authority’s market design general manager, John Rampton, was at the meeting.

His team was responsible for the reforms.

After the meeting, he said a decision on the reforms would be made next month.