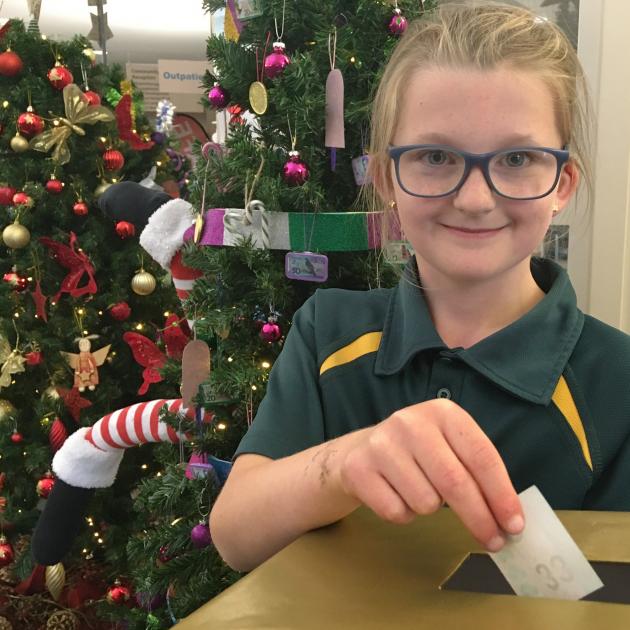 Emma Corson (9) votes for her favourite Christmas tree after admiring the 14 on display at Dunstan Hospital. PHOTO: ALEXIA JOHNSTON
A festive forest has sprung up in the foyer of Dunstan Hospital.

Fourteen Christmas trees decorated by various hospital departments are on display, bringing festive spirit to everyone who visits.

Finance manager Petri Conradie said the display of trees was a way to focus on the wellbeing of staff, in what had been a challenging year.

The initiative would give staff the chance to debrief after having had the spectre of Covid-19 added to their already busy schedules.

In previous years, each department had decorated their area for the festive season, which got finance assistant Glenda Corson thinking.

She came up with the idea of the departments decorating a tree each, and the trees were now on display for the public to view.

People were encouraged to vote for their favourite one.

The winning department would receive a small hamper of treats to share and "bragging rights".

Mrs Corson was impressed by the number of staff who had supported the initiative.

She said their efforts had received a lot of positive feedback, including from patients who admired the trees while going for a walk.

"We are really impressed by the number of departments [supporting it]."

Among them were the cleaners and reception staff, who had adorned their tree with gloves.

The finance department has decorated its one with plastic and chocolate money, and given it the title of Money Does Grow on Trees, while the Southern Community Lab called its tree Laboratree.