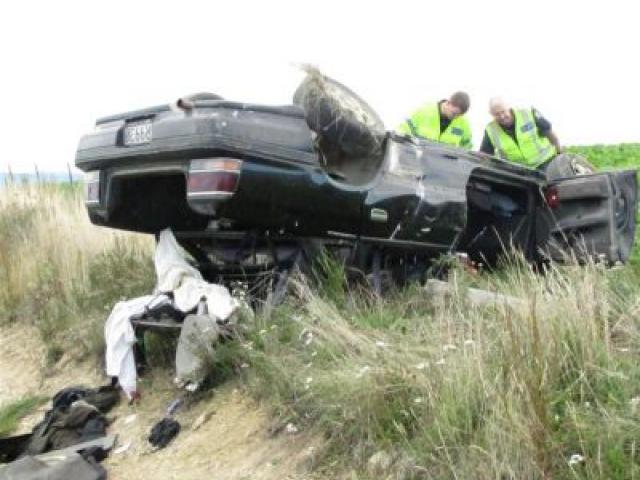 Cobie Levi Detroit Stringer (20), of Ranfurly, died after the car he was in failed to take a moderate bend on the Ranfurly-Patearoa road, 12km east of Ranfurly, on Monday night.

The car left the road and rolled several times before coming to rest upside down on a wire fence.

Mr Stringer, a passenger, was thrown from the car and found by the other three occupants several metres from the vehicle. He died at the scene.

Central Otago Sub Area Commander Senior Sergeant Ian Kerrisk said the driver and passengers were wearing seat belts, "which has certainly contributed to their escape from serious injury", but police were yet to confirm if Mr Stringer had been wearing a seat belt..

"Unfortunately, this is yet another crash on a rural road which involves speed and possibly alcohol. 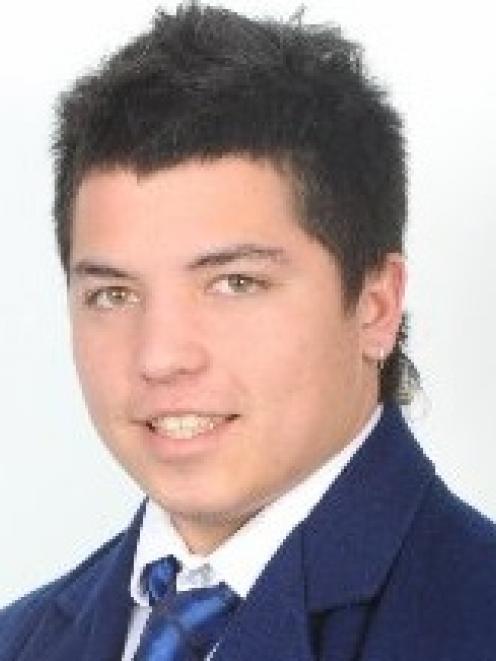 Cobie Stringer in 2009.
The loss of this young man will have a huge effect on both Ranfurly and the wider Maniototo community, as the Stringer family are a very well-known local Ranfurly family."

Mr Stringer was described as a young man with huge potential for any path he chose to follow, someone with "huge mana" who was well respected by young and old.

He was a promising and talented artist, sportsman, young leader and shearer and his death was "tragic in every sense of the word", friend and mentor Amy Scott said.

He represented the South Island in rugby and volleyball, was head boy of Maniototo Area School in 2009 and received an Otago Daily Times Class Act award for high-school excellence in the same year.

In 2008, he was awarded a Manu Pounamu scholarship, which enabled him to undertake tertiary studies in Dunedin in art, a field he hoped to fashion into a career.

"He could draw anything - portraits, Maori designs, and he was right into carving," Jay Stringer said.

Mr Stringer, after studying for a year, had decided to take a break and earn some money. He joined the ranks at his family's shearing company as an apprentice.

"He got the bug for shearing and was going to go a long way ... he was great at anything he did," his brother said.

He had been one of the drivers behind the setting up of a youth centre in Ranfurly.

"He was such a beautiful person to work with ... he really believed in creating something for the younger generations in Ranfurly.

"The high esteem with which he was held is a credit to his mother and father."

Mr Stringer said the family was coping "pretty well" and the community had rallied around them.

A funeral will be held in Ranfurly on Monday.

Family, police and local iwi will attend a short ceremony to bless the site tomorrow.

The other three car occupants were taken to Dunedin Hospital with minor to moderate injuries.

One was discharged from hospital yesterday, while the other two remained under observation.

Further details on their conditions were unavailable last night.

Snr Sgt Kerrisk said police were still investigating the crash and it was too early to speculate on possible charges.

It is believed the car, a black Subaru sedan, travelled from Ranfurly to Patearoa about 8pm on Monday. Police are seeking sightings of it in the Ranfurly or Patearoa area during the night.