Severe gales and heavy rain may batter much of Southland and inland Otago again on Saturday.

A MetService spokesman said an active front was expected to move on to the lower South Island on Saturday, preceded by rain and very strong north-to-northwest winds.

The front would then move over the remainder of the South Island during Sunday, weakening as it goes.

‘‘There is moderate confidence of significant heavy rain for Fiordland and Westland on Saturday, and for northern Westland early Sunday, with significant spillover into the Otago and Canterbury headwaters.

‘‘In addition, there is moderate confidence that north to northwest gales will become severe from Fiordland and Southland to north Canterbury High Country on Saturday." 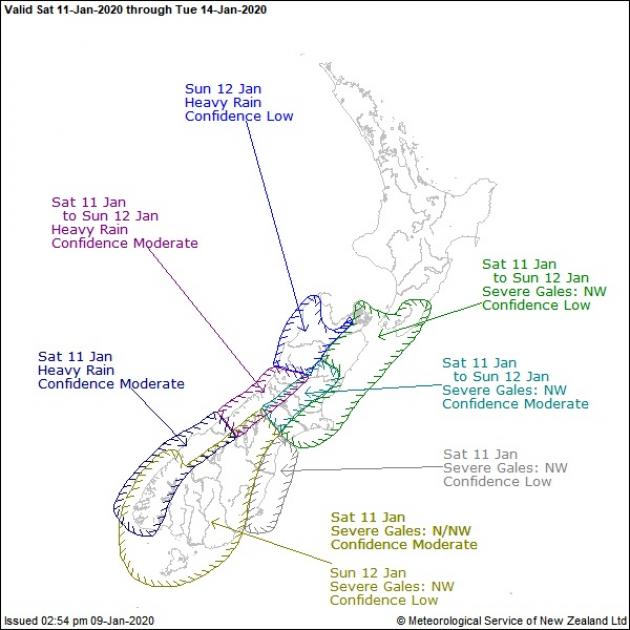 Residents are urged to secure structures, outdoor furniture and trampolines.

‘‘For Dunedin, North Otago and Canterbury Plains south of Ashburton, confidence is low for severe gale northwesterlies on Saturday.’’

On Monday, a large ridge of high pressure would establish itself over New Zealand and would remain slow moving on Tuesday, bringing settled weather, he said.