The Ministry of Health has revealed ten new cases in the Southern District Health Board area today amid suggestion areas with low transmission rates could have lockdown conditions eased before those with high rates.

The locations of the 10 new cases of Covid-19 in the South have been released by the Southern District Health Board revealing the largest increase in cases was in the Queenstown-Lakes District.

The number of confirmed cases in Queenstown-Lakes increased by 7 cases, from 38 to 45. The Southland (7 cases), Invercargill (19 cases) and Central Otago (9 cases) districts' totals all increased by one. The case numbers in the Clutha (3 cases), Dunedin (35), Gore and Waitaki (both 0 cases) areas remained the same. 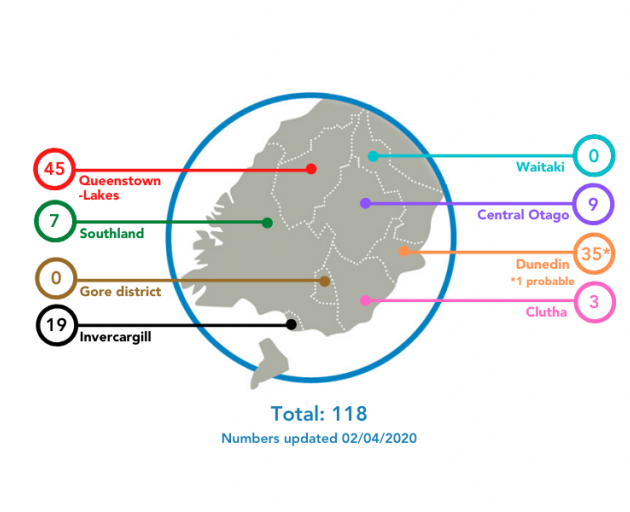 The breakdown of Covid-19 cases in the Southern District by territorial authority. Image: SDHB

A third round of results is still pending, it said.

Medical Officer of Health Dr Susan Jack said the absence of any further cases builds confidence there has not been community transmission from within the hospital workforce.

All close contacts of the two nurses with the virus remain in isolation and will be retested should symptoms develop.

Meanwhile, the number of cases linked to the wedding in Bluff has continued to skyrocket, increasing by 12 to 34 confirmed or probable cases, after climbing by 14 yesterday.

It is unclear how many of the cases linked to the wedding are in the South, but the Otago Daily Times understands the wedding was attended largely by out-of-towners.

The wedding was held at Oyster Cove Restaurant and Bar on March 21, attended by about 70 people.

No new cases were linked to the other Southern cluster, the World Hereford Conference,  which was held in Queesntown from March 9-13.

It is connected to 27 New Zealand cases, some of which had tested positive South.

SDHB continues to have the most cases by DHB area, with a total of 118 cases.

Director-General of Health Ashley Bloomfield said the Government was looking into what the criteria was for extending the lockdown – he said he would have more details on that soon, possibly by Saturday. 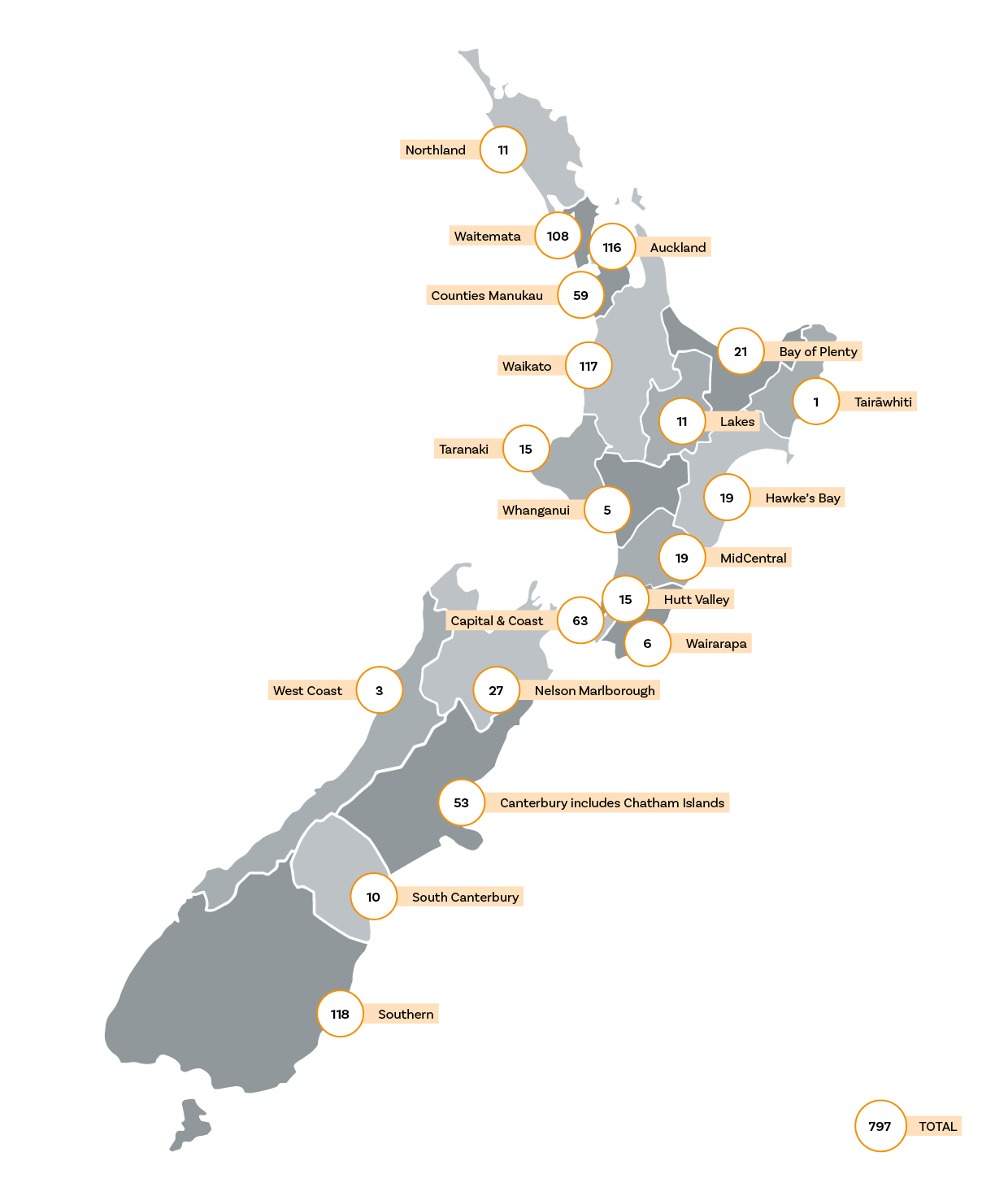 It was the goal to get "cases right down" so the Government could move from alert level four to alert level three.

However, he added that: "It may well be that we may not be able to do that in every part of the country at the same time."

It was also possible that after lockdown restrictions were eased the number of cases would increase and restrictions would be brought back again.

He also spoke about the DHB areas with the most number of cases and how that might affect decisions on moving between alert levels.

"We are starting to analyse the information about Covid-19 is in New Zealand and we know that we have had the most number of cases in the following four district health boards;

"Southern DHB, and that's particularly around the Queenstown area, Waikato, Auckland and Waitemata

"And one of the things we are now wanting to do is to look at the details of where those lab tests have been undertaken so that we can build a picture of the rate of testing in each region.

"And that will help inform our decision making about moving between alert levels."

Prime Minister Jacinda Ardern earlier said the Government wants more testing for Covid-19 in regions with low confirmed cases before deciding whether some could have conditions of the lockdown eased.

Ms Ardern indicated that the Government did not have sufficient data on community transmission to decide whether to lower the alert levels in some regions.

"To make those calls we need to make sure we have enough tests."

In areas across the country where testing had been low, the Government needed to be sure "we have enough data and enough information to really make a clear judgment, that we actually don't have community transmission there - and we might be in a position, for instance, to change alert levels for those different regions."

*An earlier version of this story said there were eight new cases, which was incorrect