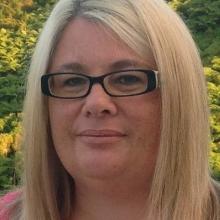 Sarah Gardner
Exactly how elevated levels of E. coli came to be found in the Lower Waitaki Plains aquifer has yet to be determined, the Otago Regional Council says.

On June 15, it was confirmed the testing of samples in the aquifer bores confirmed the bacterial count indicated the water was unfit for human consumption without treatment such as chlorination, ozonisation, boiling or adequate filtration.

In an emailed response to questions from the Otago Daily Times, Otago Regional Council chief executive Sarah Gardner said during routine testing, an E. coli spike of 150cfu/100ml was recorded in the bores.

The drinking water standard is 1cfu/100ml.

Mrs Gardner said the regional council would only be able to take action once the source of the contamination was confirmed.

"We have undertaken an investigation to determine the source of the E. coli contamination. When the results of that investigation are known, we will formulate a plan of appropriate action."

She said contamination could occur as a result of several factors, such as animal effluent or leakage from septic tanks.

"The tests being conducted will allow us to determine the cause in this instance. When we advised affected bore owners (119 in total) of the contamination, we confirmed the water would continue to be unsafe to drink until the source was determined and appropriate steps taken. Until that time, the water is not safe for consumption."

In December 2017, elevated E. coli levels were found in Lake Hayes. Glenorchy’s town water supply was found be contaminated in mid-January, the same time as high levels of E. coli were discovered in Lake Dunstan and Otokia Creek in Brighton.