Concerns have been raised by members of the public about the unsightly droppings left by red-billed gulls, and the associated stench, in Coquet St.

Waitaki District Council roading manager Mike Harrison said a street maintenance team would test cleaning options over the next week, and see if more regular footpath cleaning in the area was required.

"Unfortunately, the build-up is relentless and balancing costs to public benefit is an added challenge," Mr Harrison said.

"Council has spent considerable time and effort working with building owners to try and prevent the gulls from nesting on buildings in town."

The gulls are an endangered species and are protected under the Wildlife Act, which severely limits the actions that can be taken to address issues they cause.

After hundreds of gulls had been nesting atop Countdown Oamaru for several years, in 2018 the company installed various deterrents to prevent the birds from nesting on its building again.

Nearby businesses also took steps last year to prevent the birds from nesting on their buildings after the council used a drone to survey potential nesting sites.

Under the Wildlife Act, once nests have been formed, they cannot be removed.

At the end of winter last year, the council cleared boxthorn from a roughly 100sq m area in a remote corner of Cape Wanbrow, some distance from its well-used walking tracks, in an attempt to provide a more natural habitat for the birds before the breeding season began. 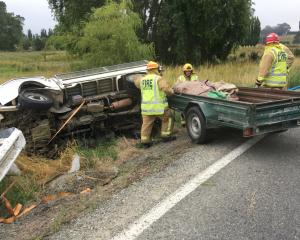