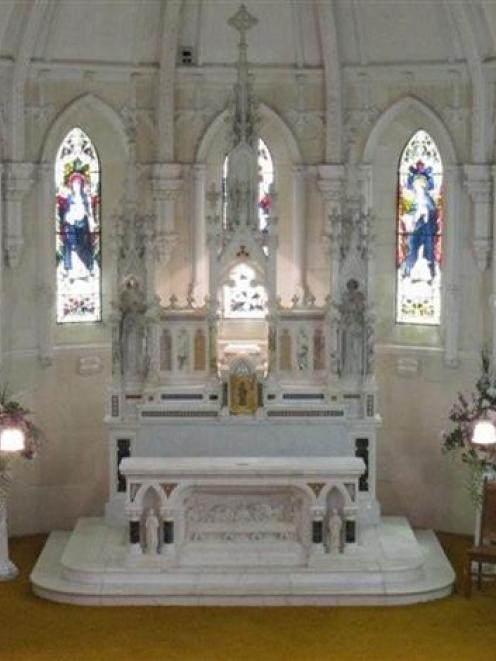 The Teschemakers Chapel altar. Photo supplied.
Holy Name Parish priest Fr Mark Chamberlain will consult lawyers and supporters this week before deciding whether to apply for resource consent to remove the altar from the chapel at the former Teschemakers Catholic girls' boarding school near Oamaru.

A decision released this week by the Environment Court has determined the Italian marble altar "to be part and parcel of the chapel" and it cannot be removed without resource consent.

The issue arose last year when it was revealed the altar was to be dismantled and moved to Holy Name Church in Dunedin after it was given to the parish by the Dominican Sisters, who owned the chapel contents. 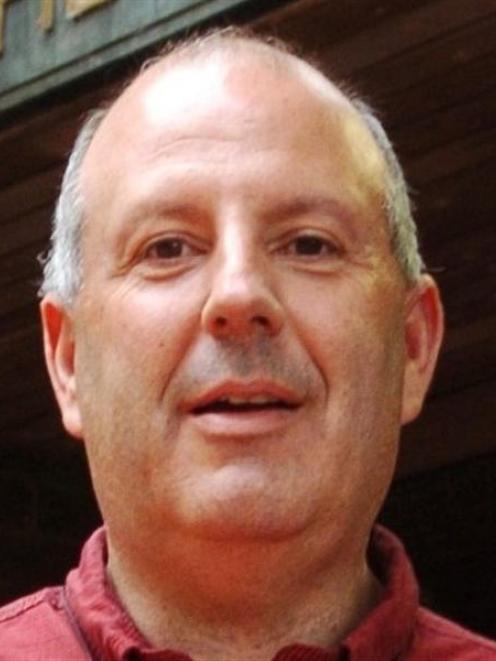 Mark Chamberlain.
Fr Chamberlain applied to set aside an interim enforcement order made in August last year, which stopped removal of the altar and required an application for a resource consent to the Waitaki District Council.

A second application was filed by Susie Scott to make the interim order final.

In August, Judge Jane Borthwick, along with commissioners Charles Manning and John Mills, finished hearing legal submissions on the issue.

While those who supported the altar's retention in the chapel were delighted with the court's ruling, Fr Chamberlain was disappointed with the decision.

He could not say whether he would lodge an appeal or apply for resource consent.

"I've really just had a chance to look at the 15-page judgement ... Later in the week, when I've looked at it and thought about it, we'll try and work out what to do from here," he said.

He described the process as long and difficult, and said it had been an emotional strain on both sides.

"For those opposing us and for ourselves, it's been a really difficult process, it's been an ordeal. That's been true on both sides of the argument."

He was not in a position yet to comment on how much the legal process had so far cost the church.

He was grateful for the support received from Catholic parishes throughout New Zealand and was philosophical about the decision.

"The other side will be thrilled. And if it went our way, they would have been disappointed and we would have been thrilled. It's just the way it's worked out." Oamaru writer Nathalie Brown, who prevented stonemasons from entering the chapel with tools in August last year while waiting for the interim enforcement order issued to arrive, was "absolutely over the moon".

She hoped the church would not lodge an appeal or apply for consent.

Former Teschemakers pupil Anne Sutherland was "delighted" with the decision but was also mindful of the appeal process.

A lot of feeling had been involved in the proceedings, she said.