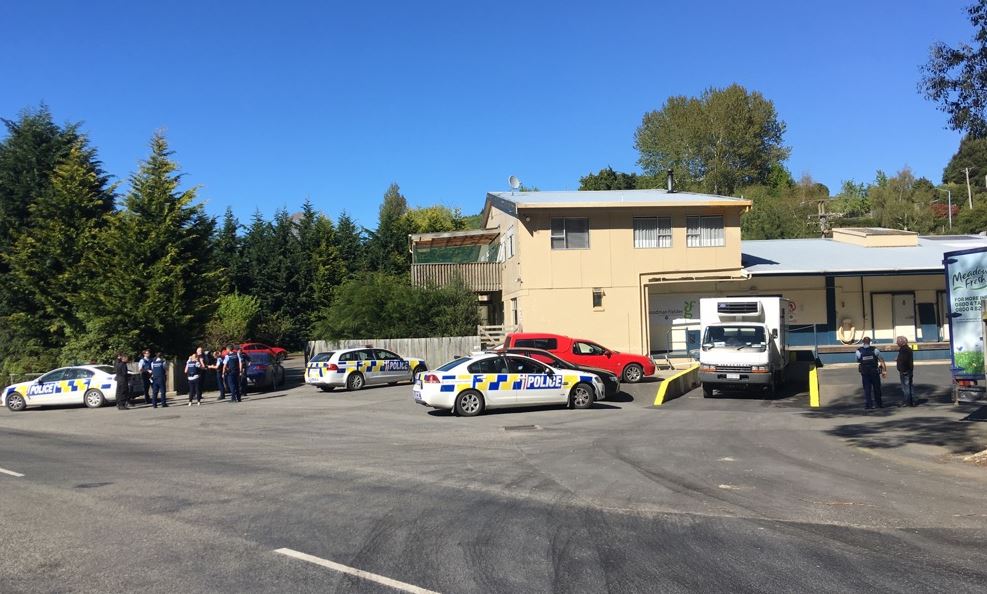 The raid was related to the supply of methamphetamine and connected to the Mongrel Mob, Det Sgt Booth said.

"It is believed to be a Mongrel Mob pad,'' she said. "So, as local police we are really concerned about that.''

She could not comment on this stage on what had been found at the property, a former milk treatment station near the edge of the town.

About six patrol cars and a dozen officers were involved.

The road was closed for about 90 minutes while the raid took place and reopened about 9.30am. 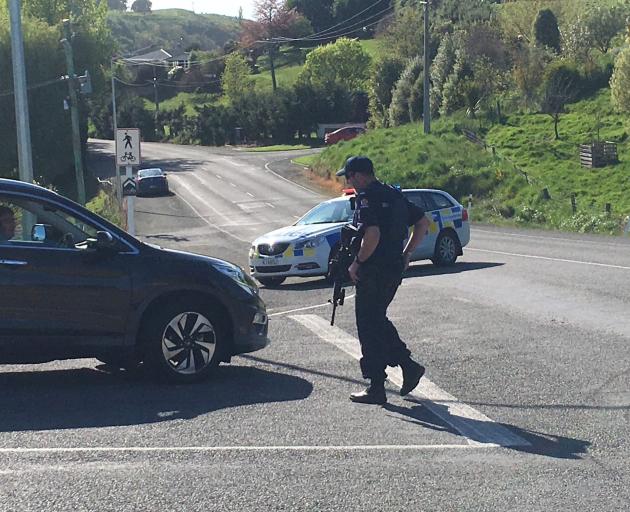 Armed police have cordoned off some Oamaru streets this morning. Photo: ODT

Roads in the Saleyards Rd and Parsons Rd were blocked off.

The operation centred on the former milk treatment station.

lets hope the property and all assets within are seized, if owned by offenders this would be an awesome training ground for the fire service, if not the coined siezed should refit ti back to being clean