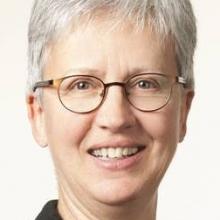 Liz Slooten
Industry "hype" around the economic potential of drilling for oil and gas off the coast of Oamaru fails to recognise the risk exploratory drilling poses to Otago’s rich marine life, a University of Otago marine biologist says.

Prof Liz Slooten said while recent surveying off Otago Peninsula had shown a "a surprisingly large number of beaked whales and sperm whales", the number of marine mammals that could be put at risk by developing the Barque field, further north, was not well known because unlike in other developed countries, in New Zealand drilling companies were not required to complete a formal survey of the environment at risk from their activity.

"Basically the only thing you need to prove to the Government is that your company is financially viable," she said.

"There’s a really rich marine mammal fauna off the Otago coastline and in general New Zealand seems a really stupid part of the world to be exploring for oil and gas.‘‘The exploratory drilling is the most dangerous phase — the Deepwater Horizon spill in the Gulf of Mexico was an exploratory drill.

New Zealand Oil & Gas last week issued a new report on the economic potential of drilling for oil and gas in the Barque field estimating the field, about 60km off Oamaru’s coast, could contain more than five trillion cubic feet of gas and light oil, a similar size to offshore Maui in Taranaki.

The news was welcomed by business and political leaders as a potential boon for the region.

Waitaki Mayor Gary Kircher said: "All of these things should be science-based, it’s an emotive issue when it comes to actual finds — and oil being spilled etcetera, the science indicates that it’s low-pressure oil or it’s gas, neither of which pose very much risk at all to the environment, whereas we actually, we continue to use, we continue to import tankerloads into the country, there’s as much risk, probably more risk of a tanker rupturing than there is [from] a properly maintained oil well."

Prof Slooten agreed  discussion on offshore oil and gas operations should be "science-based" and "I disagree with everything else Gary Kircher said."

Once the commercial operation began it was "relatively safe", Prof Slooten said, but she generally wanted to see fossil fuels instead used to get renewable energy sources "up and running".