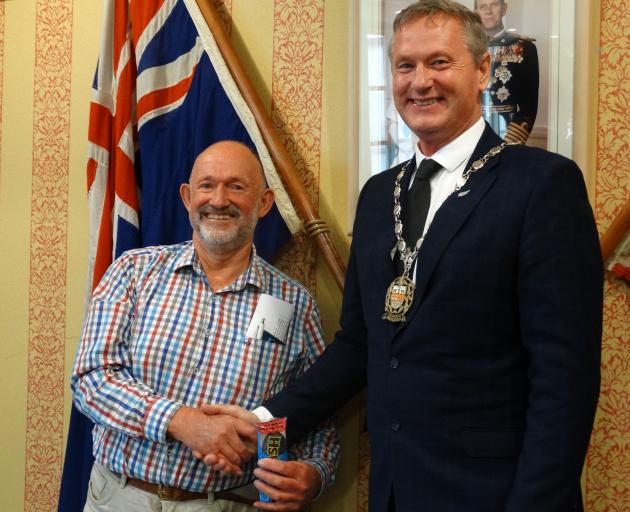 Peter Ellis was sworn in yesterday at an extraordinary community board meeting at the Waitaki District Council chambers in Oamaru.

Only four of the five board seats were filled on election day, and the successful candidates were inaugurated on November 13.

Mr Ellis was elected unopposed in a by-election which closed on December 23.

He said he was "happy" to be able to serve on the board, and looked forward to his term.

Waitaki Mayor Gary Kircher said it was a relief to have the seat filled; now the board could get down to business.

"It’s very pleasing. I think we’ve got a really good addition with Peter. I have known him for a long time and I think he will bring experience to the board."

As Mr Ellis ran unopposed, the council did not have to spend money on a contested by-election that would have cost about $15,000.

"The cost of the by-election is way in excess of what the actual remuneration is, so it can be frustrating from that point of view and for the board, it means they can’t hit the ground running like they would be able to with a full complement," Mr Kircher said.

The cost of a by-election was determined by the size of the ward.

Vicky Munro (chairwoman), Brent Cowles, Ross Menzies and June Slee are the other board members and Ross McRobie is the council’s representative on the board.