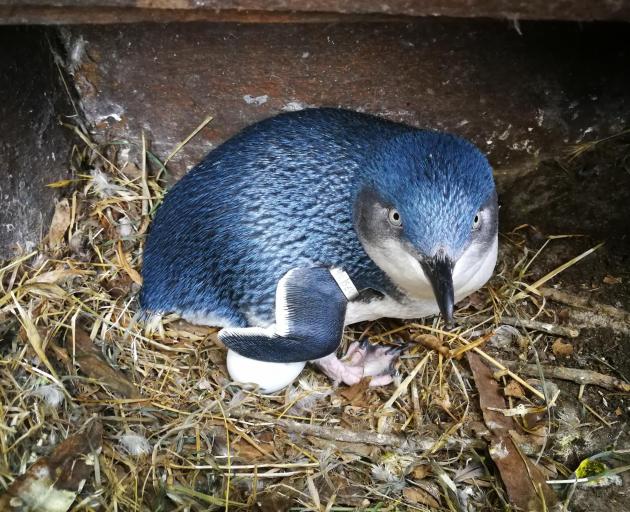 Oamaru Blue Penguin Colony science and environmental manager Dr Philippa Agnew said the early start to this year's breeding season - with an estimated lay date of May 6 - was just four days shy of the colony record, set in 1996, when the first eggs of the breeding season were laid on May 2. 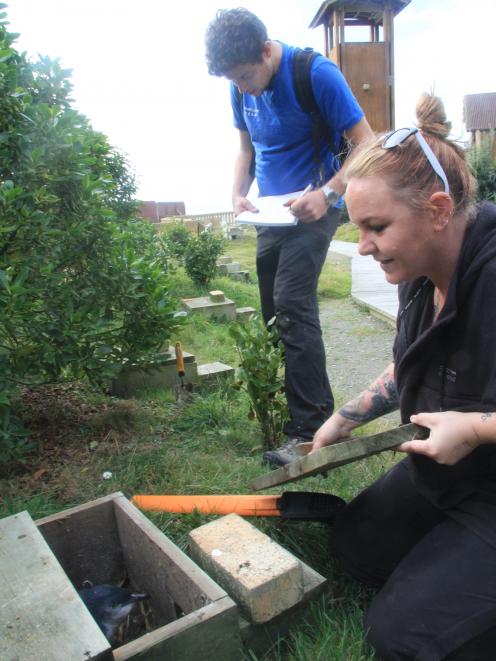 Oamaru Blue Penguin Colony staff Henry Elsom and Aimee Horrell found three eggs, on three nests, at the colony during monitoring on Wednesday, the earliest eggs have been recorded at the colony since 1996. PHOTO: HAMISH MACLEAN

And after three eggs from three nests were discovered during the weekly monitoring by colony staff on Wednesday, Dr Agnew said she believed this year's breeding season had legitimately begun.

Little penguins at the colony have a long-term average of July 16 for the first eggs of the season.

In 2017, the breeding season at the colony got off to a "strange false start" in the last week of May, but the chicks that hatched died within a few days, and no more eggs were laid until July 7.

The birds that produced the first eggs in 1996 also laid eggs on May 18 in 1995 - and the rest of the colony took a full month to catch up, the next eggs arriving in June.

The first egg discovered at the colony this year was being incubated by an 11-year-old female, which has been breeding with its 13-year-old partner since 2010.