Derwent Car Sales owner Raeowna Rush reflects on her 48 years in charge of the business, which she has sold. Photo: Daniel Birchfield
After 48 years, Raeowna Rush has decided it’s time to take the keys out of the ignition and hang them up for good.

The owner of Derwent Car Sales in Thames Highway finished up on Friday, after close to half a century in the vehicle sales industry.

Mrs Rush and her late husband Graeme established the dealership in 1970, after the latter felt a change in career might be a good idea."He and his brothers were all very interested in cars. His brother John was a mechanic and younger brother Roger was a painter. Graeme was a plumber originally and just decided this would be something different to do ... so we did.

"Because we were a partnership it actually worked really well as a family. It meant sometimes I could cover the yard and he could spend time with his daughters."

The couple lived in Derwent St at the time and their first car yard was located on a small piece of land between the Junction Hotel and what is now New World Oamaru, on State Highway 1.

In 1973, it moved to its current location in Thames Highway, also part of State Highway 1.

A former teacher, Mrs Rush was in charge of the "book work side" of the business, but also joined Graeme on trips north to pick up vehicles.

"Before the imports started coming in we used to go to Christchurch. We’d go on a Friday night, get the paper very early on a Saturday morning and go through all of the private ads. We were very lucky. My in-laws were up there and they would look after the kids for us while we went and did that. It was a standard joke between Graeme’s parents and me that we used to travel together to go and see them and separate up there and come home in different cars."

The first car the dealership sold was a blue 1964 Austin Mini, which was the couple’s own car after they downsized to invest in other vehicles.The final car to drive off the lot under Mrs Rush’s watch was a 2011 Nissan Tiida.

Over the years she had seen  big  changes in the industry.The most significant was being able to import vehicles directly from Japan, which the company has done since 1988.

She said today people looked for "small cars and SUVs", while in the early days the company sold "Mark 1 Zephyrs, Falcons, Holdens and Cortinas".

Asked what her fondest memory of her time in the industry was, she said it was all about the customers.

"I’m a people person and love seeing people get pleasure from what they want and what they need. Sometimes you think ‘is that really the right car for them?’ But, the public’s always right."

As she headed into retirement, she planned to sell her home and relocate to Nelson to be closer to family. 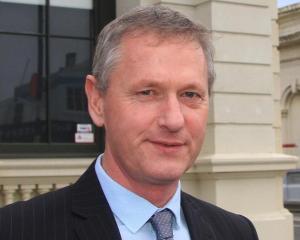