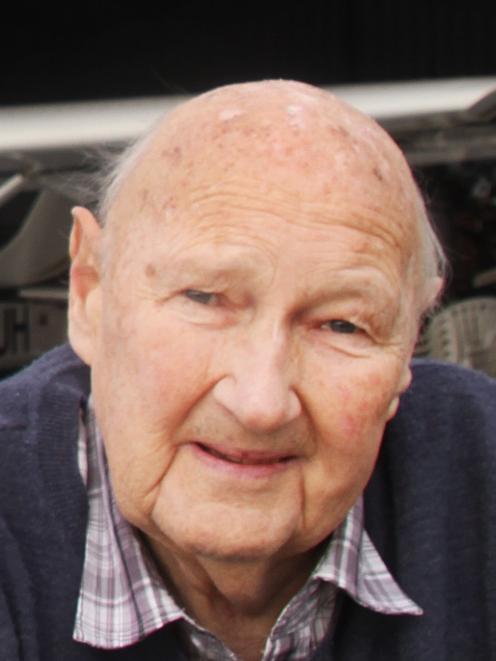 After the Rev Colin Hay said last week the council had raised the rates from $575 a year including GST to $1725, council chief executive Fergus Power said the new charges remained "approximately half what a user at Alexandra Airfield might expect to pay, by way of example''.

"Mr Hay is a valued user of the airport. However, he has enjoyed significantly reduced charges for his licence to occupy the site for a decade,'' Mr Power said in an emailed statement.

For the past 12 years, under the auspices of Heritage and Sport Aviation North Otago, Mr Hay, a 77-year-old retired Presbyterian minister, has operated a 12m by 18m hangar at the airport, now filled with a newly purchased aircraft, a couple under construction, models, and a wealth of memorabilia.

The rise in rates made its future uncertain, Mr Hay said.

Further, while he had paid the increase this year, he noted to the council the payment was made "reluctantly'' and said he understood the increase was due to the fact the council's independent registered valuer had included the value of the hangar on the site, which Mr Hay built.

Mr Power said that the assumption was incorrect.

"Council is about to invest $50,000 in an airport master plan for Oamaru Airport.

"The output from this master plan will assist council in providing access to the airport, and services, that meet all users' needs and will significantly increase the desirability of the site for potential commercial users, with flow-on benefits for both users and the community,'' Mr Power said.

"Land lease rates are generated by such independent valuers in order that ratepayers receive fair value for the use of ratepayer assets.

"In Mr Hay's case, only the value of the occupation of the land was considered.''

Waitaki Mayor Gary Kircher said the forthcoming master plan for the airport would "safeguard ... the small users of the airport''.

"It would be great to get more commercial use. It's also important that the aero club [North Otago Aero Club] and individual users get to use it as well.''

The increase was about trying to get a fair return, and it remained a "relatively nominal amount''.

"The increase was about trying to get a fair return, and it remained a "relatively nominal amount'', ie gouging as much as possible from the ratepayers.