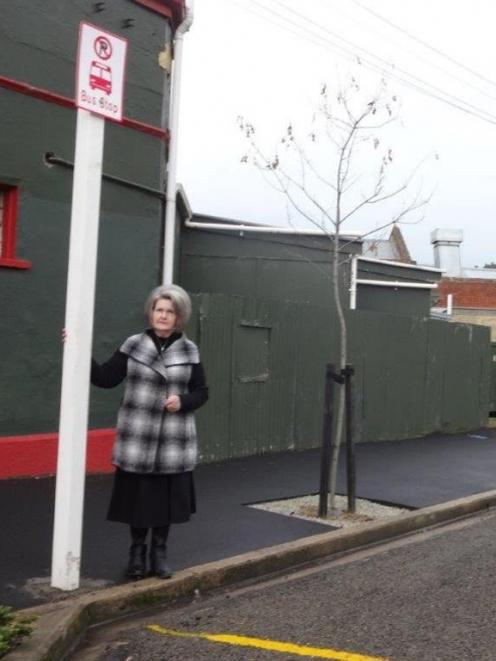 Palmerston locals say the new stop, that does not have lighting, shelter or a seat, raises health and safety issues.

The bus stop in Bond St was moved by the Waitaki District Council to Sanday St in June to accommodate an increased demand for parking in Bond St.

The stop is used by passengers using the thrice-daily Go Bus service to Dunedin, as well as six long-distance Intercity buses a day.

Council roading manager Michael Voss said parking demand in Palmerston had escalated due to an increase in tourism and more people frequenting cafes and other shops in the town.

Regular Go Bus passenger Yvonne Sharp, who is also the president of the Promotion of Palmerston group, said the new stop was dangerous.

Health and safety issues that had been raised by residents and local business people included heavy frost on the footpath by the new bus stop, a lack of lighting, no seat and no shelter, she said. 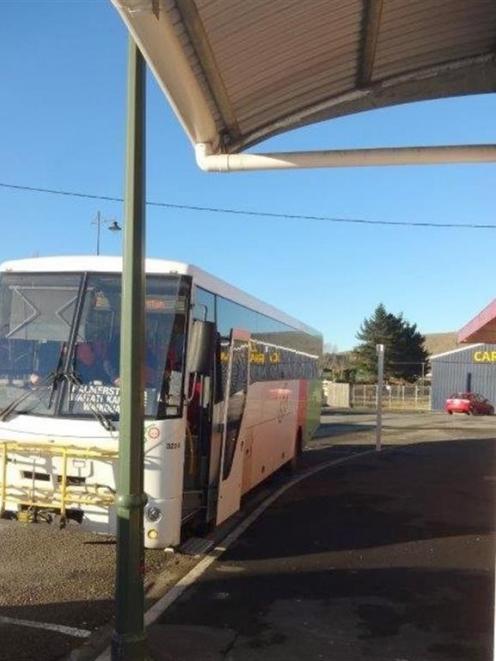 The old bus stop in Bond St, opposite the railway station.
The lighting was very good at the old Bond St stop and a nearby shop veranda gave shelter from rain and frost.

The Waihemo Community Board discussed residents' concerns at a recent meeting, after Palmerston resident Sharron Bray expressed her dissatisfaction with the new bus stop at the board's public forum.

Board chairman Geoff Foote said the board would wait for up to six months to see if "the [bus stop] situation settles down'' before reconsidering the matter.

Waitaki Mayor Gary Kircher said he needed to look into the situation more, but the move was a response to requests to rationalise the bus parking versus the car parking issue.

One of the exacerbating factors was the number of bus companies now requiring parks.

"However, some locals have identified several issues and if the bus stop is to stay where it is, we need to address those issues. In particular, that may mean more lighting is needed, and a shelter may be required.''

The council needed to consider those matters and make sure it was looking after the safety of locals and visitors appropriately, he said.