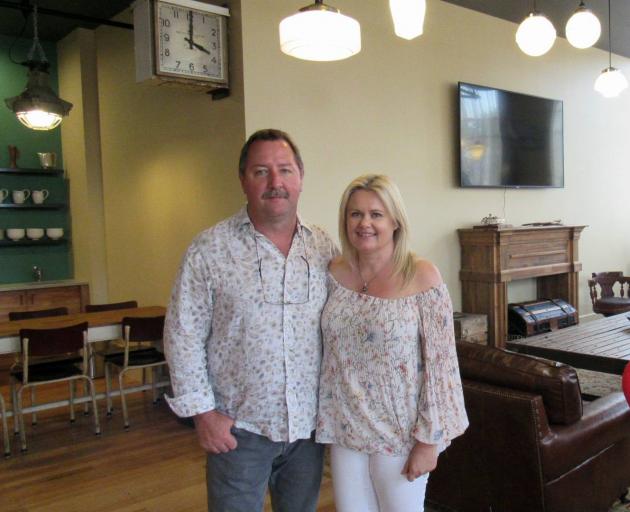 Auckland couple Phillip and Jacqui McNicholl, pictured after the completion of the Poshtel last year, are moving to Oamaru to live. They plan to do seismic strengthening work at Meeks Mill to prepare the category 2 historic building for future development. PHOTOS: FILE/CULTURE WAITAKI
Oamaru's historic Meeks Mill will be strengthened before being fitted out for its 17th decade.

The four-storey building in Meek St is owned by Auckland businessman Phillip McNicholl.

Mr McNicholl said the site’s new uses were not yet decided, but the possibilities included retail, accommodation and hospitality, and a large piece of land in the corner would make "beautiful gardens".

"We’re kind of just seeing what goes on in the world. There’s a lot changing now. 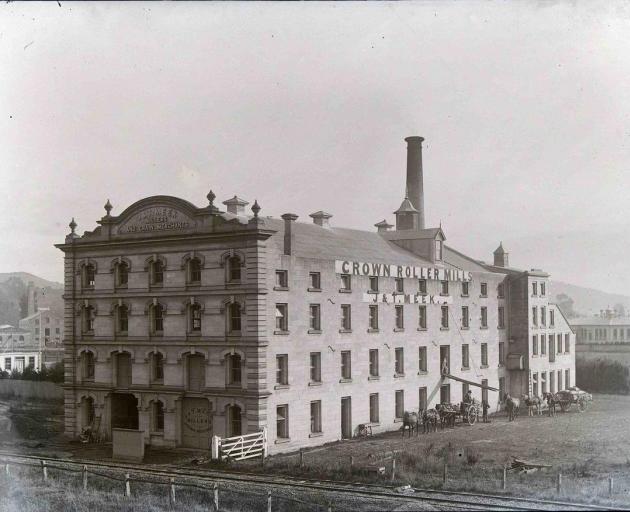 This image of Meeks Mill was taken in about 1918. A large extension was added to the western end in about 1930, and another extension at the east appeared in the 1960s. PHOTO: CULTURE WAITAKI

"We don’t want to lock ourselves in to any particular outcome.

"The zoning allows anything you can imagine, except heavy industry.

"We spent quite a lot of time debating the pros and cons. Then we said ‘let's just start’."

The seismic upgrade was likely to begin early next year and take "quite some time", Mr McNicholl said.

"All the engineering is ready to rock."

The original building had architectural merit, he said. The middle part was built in 1860 and extensions were added in the 1930s and 1960s, providing about 6000sq m of floor space.

Having already created the Poshtel from the former Stringer and Co building on the corner of Thames and Eden Sts, Mr McNicholl said Meeks Mill was "just another project" he and his wife, Jacqui, wanted to tackle in Oamaru.

"I made really good friendships during the Poshtel project," he said.

"We’ve fallen in love with Oamaru. We’re moving down there in the near future."

The McNicholls would stay in Auckland for one more year while their son finished his secondary schooling. Their daughter was at the University of Otago and they hoped their son would study there, too.