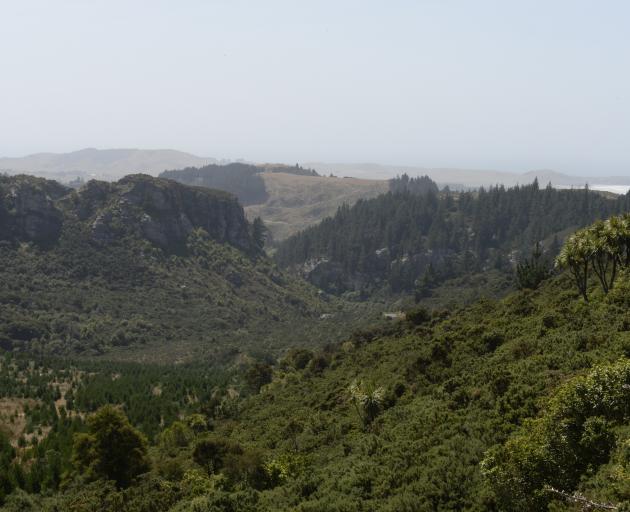 That is how Oamaru woman Fiona Hewett was left after she and her golden retriever Ivy were recently attacked by two dogs at Trotters Gorge.

Ms Hewett, her daughter Katrina and Ivy were walking near the campsite last month when she was attacked from behind, receiving bite marks to her hand and leg, and bruising.

Ivy had puncture wounds on her legs, back and behind her ears.

The dogs, which Ms Hewett believed were pig dogs, were not on leads and ignored calls from their owner, who then dragged them from the scene.

The incident had left her shocked and devastated.

"The emotional scars will take a lot longer to heal than the physical ones.

"My daughter was traumatised while she stood by and thought these dogs were going to kill her beloved family pet and her mother."

Ms Hewett said the owner expressed remorse at the time, and told her the dogs would likely have to be put down.

"I said ‘if my dog had done what your dog had done to mine, she would be euthanised within an hour, because that’s what responsible dog owners do’."

Having grown up in nearby Palmerston, Ms Hewett had happy memories of Trotters Gorge, but she would not return.

"I’ve never seen anything like it before — if that had been a smaller dog, or a child, they wouldn’t have stood a chance."

She had laid complaints with the Department of Conservation (Doc), which owned the land, and the Waitaki District Council.

The Doc website stated Trotters Gorge had both walking tracks and hunting areas.

Ms Hewett wanted the department to look at its policies and procedures.

"You can’t have it both ways.

"You can’t have it for hunters and dogs, and a family friendly picnic area — it just doesn’t work like that."

The website also stated dogs should be kept on leads in the picnic area, but Ms Hewett said there were no clear signs indicating that.

"I looked for signs for a lead for my dog, because I always to that, and there are none, and I looked up a video of Trotters Gorge and here’s a hiker in there who’s got three dogs off the lead."

"We believe we have identified the permit-holder whose dogs were involved and are currently following up on the incident," Mr Wilson said.

He said dogs were permitted at the campsite and walking track, but had to be on leads at all times.

There was an exception for hunters; hunting dogs could be off leads in the reserve if the owner had a permit.

"The permits have strict conditions, one of which requires hunting dogs to be under effective control at all times," Mr Wilson said.