Double-header for Ginger at the sheep dog trials 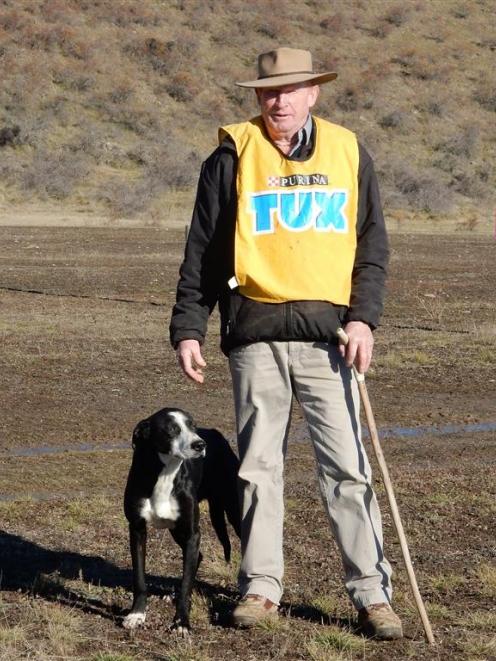 Ginger Anderson with his dog Don. Mr Anderson won his fourth national title and was given life membership to the New Zealand Sheep Dog Trial Association this week. Photo by Omarama Gazette.
It has been a big week for Omarama farmer Ginger Anderson.

Not only did the 70-year-old win the short head and yard national title with Don at the New Zealand dog trial championships at Omarama on Saturday, but he was also named a life member of the New Zealand Sheep Dog Trial Association.

Now a four-time national champion, the 15th life member of the association, who for 12 years served on the judging panel, had no plans on ending his days of competing in the sport.

"It's hard to justify being a life member when you're just doing something you love doing,'' he said. 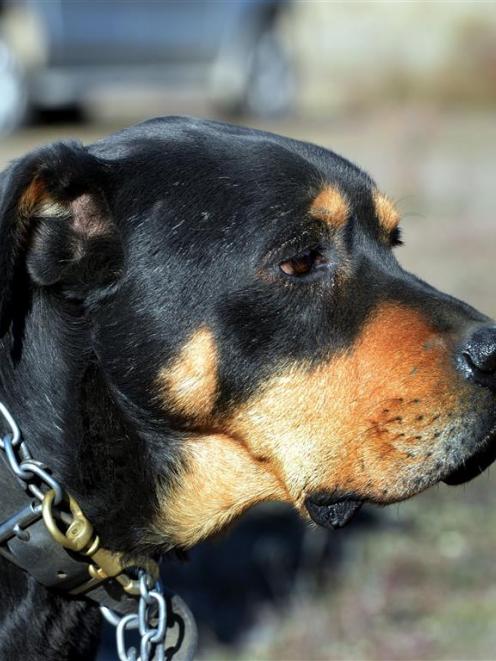 Dog of the day, Gus.
"The thrill is having a nice young pup that starts going and training it. I don't think age has any bearing.''

A third-generation dog-triallist, Mr Anderson began dog-trialling in 1963 but it was something he had always known.

"I think we understand the sheep better than a lot of people do,'' he said.

The championships had been lucky with the weather.

After a shaky start on Monday and Tuesday, the week had turned out some fine days.

At the weekend, Palmerston triallist Lloyd Smith, with Check, was named reserve in the New Zealand test team to travel to Western Australia in October.

The team is Murray Child (captain) and Deal, Eion Herbert and Storm, Stuart Millar and Rain and Leo Edginton and Skip.

They will be accompanied by judge and manager Graham White, from Otago, who is also president of the New Zealand Sheep Dog Trial Association.

Dog of the day: Gus

A 9-year-old huntaway owned by Matt Clark, of Fairlie.