Dr Blue a sensation at jazz and blues festival

Musician Mike McKeon, who performs under the moniker Dr Blue, drew one of the largest crowds on Saturday as people packed into Tees St Cafe, and lined the streets, to hear the international singer at the Harbour Street Jazz and Blues Festival.

Originally from London, McKeon flew to New Zealand at the end of 2019 to see his wife, Sameena Zehra, who is a performer and activist based in Wellington.

His flight home last year was cancelled due to Covid-19, and he was now on a working visa and performing throughout the country, McKeon said. 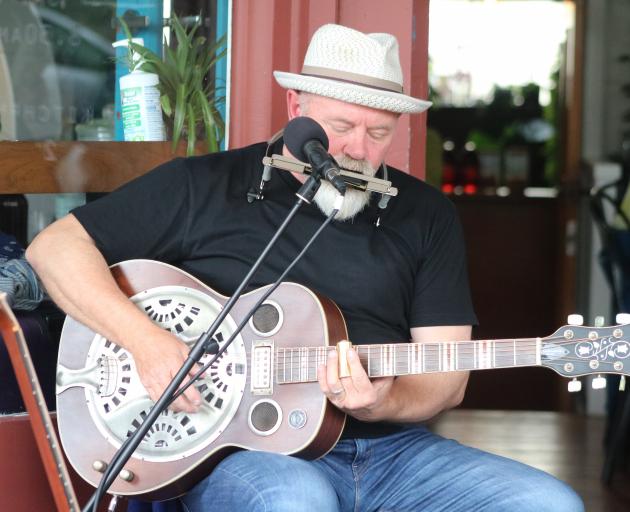 Dr Blue, originally from England, drew one of the largest crowds at Oamaru’s Harbour Street Jazz and Blues Festival on Saturday. PHOTOS: KAYLA HODGE
It was his first time at the festival, and Oamaru was the furthest place south he had been.

And while the audience was in awe of his soulful voice, McKeon has fallen in love with the town and its people.

"I’ve been doing this a long time and every so often you stumble upon somewhere new — it’s one of the joys of touring. Oamaru, I think, is charming. I love it. There’s something about it — there’s a really nice feel to the place," Mr McKeon said.

"There’s something very kind about the Kiwi. It’s very endearing."

He performed several stand-in gigs on Saturday morning and another show yesterday and said the festival and its organisers were "fabulous". 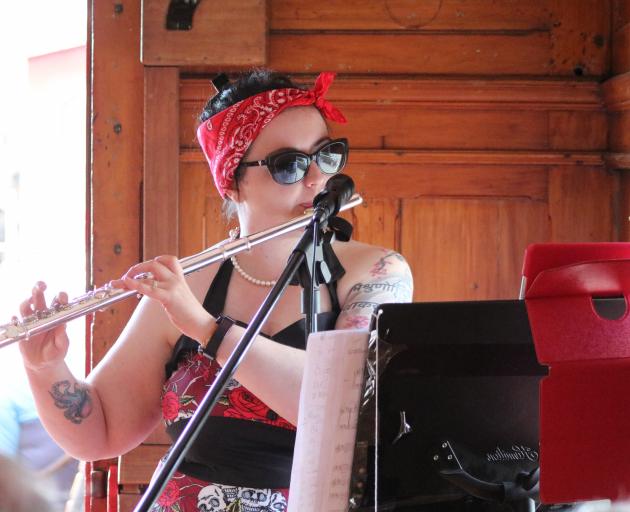 Waimate singer Fallout Girl (Suzie Paulin) performed on the Oamaru Steam and Rail train throughout Saturday.
"I work with a lot of festivals all around the world and this is extremely well organised and the people here have been lovely.

"This is my wheelhouse. I like meeting people, having a chat. This is my idea of heaven."

"It’s been really fun. There’s been a great response and a lot of clapping," she said.

Oamaru residents Noel and Franceen Bradshaw attend the festival each year. They loved the different variety of musicians each year, Mr Bradshaw said.

"It’s the atmosphere of it all and the artists are all good quality."

Festival co-ordinator Anna Randall said it had been a fantastic weekend and involved a team effort from the bands, venues and organisers.

The three-day festival finished yesterday with the Harbour Street Party.