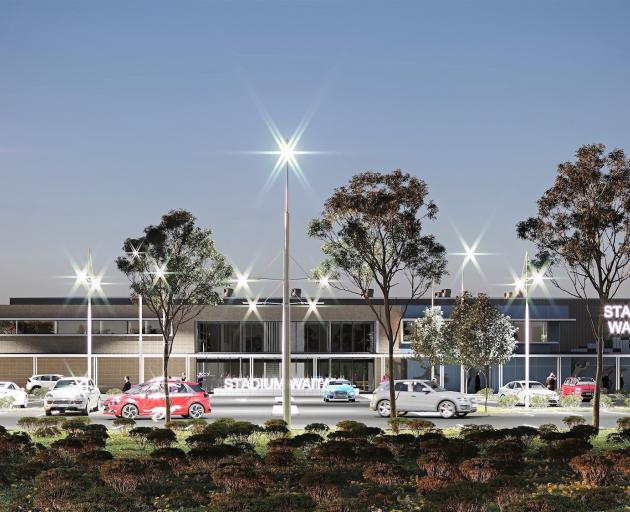 After considering 297 submissions — 90% of which were in favour of the Centennial Park location — Waitaki district councillors, at an additional council meeting yesterday, made the unanimous decision to proceed.

Waitaki Mayor Gary Kircher said while some concerns about the location of the proposed six-court indoor stadium had been raised through the submissions process — such as traffic congestion and parking — he was confident they could be solved.

The council’s roading team was looking into improving traffic flow in the area, 150 additional parks would be created for the stadium, and an indoor facility would allow competitions to be scheduled on other days of the week, or at night, to reduce congestion.

The council was also examining other parking options, such as using the Taward St netball courts, once the netball competition moved indoors and they were no longer needed.

‘‘We have a real opportunity to create a centre that is one of the best in New Zealand,’’ Mr Kircher said.

At last week’s submission hearing, the grandstand development was described as a ‘‘nice-to-have’’ rather than a ‘‘need’’, but several councillors yesterday made a case for incorporating it into plans for the event centre at Centennial Park.

Deputy mayor Melanie Tavendale said it was important some of the ideas and issues raised in the consultation process — including the grandstand development, traffic congestion and parking — were part of the planning. However, she believed Centennial Park was still the best site for the centre.

Cr Jim Hopkins was the only councillor to express some reservations about the location at yesterday’s meeting.

‘‘My heart says I’m with the minority in that this is not the right place, but the majority have clearly said it is, and I think from a sports point of view, that’s probably correct,’’ he said.

‘‘I’m conflicted. But I think in this instance the community has said it likes where it is.’’

Waitaki District Council recreation manager Erik van der Spek said confirmation of the location was ‘‘another piece of the puzzle ticked off’’.

The next step for the council was to submit a planning consent, and the project team would be meeting every fortnight to keep things moving.

‘‘In parallel with that, obviously the continuing fundraising by the Friends [of the Waitaki Event Centre] group, and that will hopefully flow into some applications to the Otago Community Trust and to Lotteries — we’ll need to submit those applications early next year.’’

The council would also be developing a ‘‘needs’’ and ‘‘wants’’ list for when it went to the market, and was likely to run it as a design-build process.