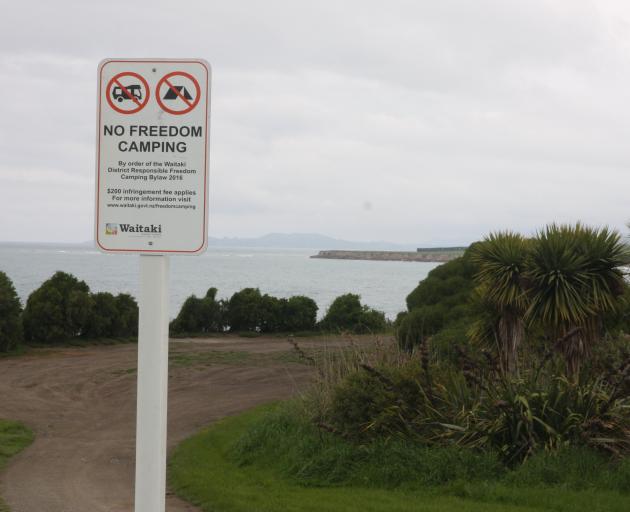 Since the introduction of a bylaw in 2016 the number of freedom camping infringements issued by the Waitaki District Council has decreased from hundreds a year to single digits in the past two years. PHOTO: ODT FILES
Waitaki residents will be given a say on the district’s freedom camping rules.

The Waitaki District Council’s community, culture and regulatory committee approved public consultation on the Responsible Freedom Camping Bylaw 2016 at a meeting on Tuesday.

The bylaw was introduced in response to the district’s freedom camping issues, and under the Local Government Act new bylaws were required to be reviewed after five years.

"Officers believe that this indicated the bylaw is effective with the appropriate level of enforcement and education," the report said.

Freedom camping complaints also dropped from 32 in 2017 to 10 last year.

Committee chairwoman Melanie Tavendale agreed it had been effective, and welcomed community feedback.

"Kakanui was probably one of the main points. I would hazard to suggest [the bylaw] has banged down that issue quite remarkably," Cr Tavendale said.

Community consultation could be completed online or hard-copy submission forms, or a survey monkey questionnaire. It would open on July 2 and close a month later.

WDC freedom camping bylaw has been found 'wanting' - particularly in conjunction with the attempted use of certified self- containment, which is voluntary. In a recent case where WDC were adamant they would take the matter to court after receiving advice from Local Government NZ they withdraw the infringement. It is about time (after 10 years) that councils' Freedom Camping Bylaws complied with legislation and that extends to attempted use of certified self-containment which does NOT comply with Bill of Rights requirements.