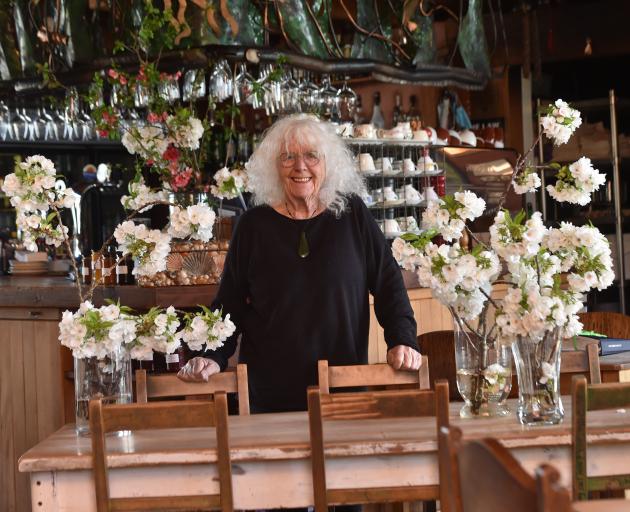 Fleur Sullivan said she fully supported the Covid-19 mandates and had no alternative but to close. PHOTO: PETER MCINTOSH (file)
‘‘It is impossible to say what happens.’’

Moeraki restaurant owner Fleur Sullivan has had to make the difficult decision to close her award-winning restaurant Fleur’s Place indefinitely, due to a lack of Covid-19 vaccinated staff.

The restaurant was forced to close on December 3 when new government mandates came into play requiring all hospitality workers to be vaccinated and hadn’t reopened since.

Ms Sullivan said today that she fully supported the mandates, and had no alternative but to shut.

‘‘My customers want to come to a restaurant where the front of house and kitchen brigade are all double-vaxed and have either had a booster or are getting one. That’s what our clientele wants, and I want it too.’’

People were entitled to their opinions on the mandate, she said, but there was a global pandemic happening and she thought South Islanders had been ‘‘laxed into a false sense of security’’ so far, with very few Covid cases.

Fleur’s Place had already been operating on about half staff since the middle of last year, due to the lack of international workers.

Customer numbers were also down for the same reason, so it had out worked well and they had been carefully following the rules, she said.

Bookings right through to March had been cancelled, and a surplus of food, which had been ordered until December 24, had been dealt with.

Since the restaurant had closed, Ms Sullivan said she had still been doing her job.

‘‘I guess today, I feel the worst... but we’re still functioning and switching into whatever gear it’s going to take.’’

A difficult decision to make the vaccinated staff redundant also had to be made, ‘‘with much discussion’’.

‘‘Because we have no guarantee for them when we can reopen,’’ she said.

‘‘The fact of it is, they are good at their jobs and I’m sure they won’t have any trouble getting employment. People will grab them.’’

Ms Sullivan's plans were also up in the air. She had been busy ‘‘scrubbing and cleaning’’ the kitchen, which she normally did this time of year, during the restaurant’s Christmas break.

She admitted her chances of finding more staff this time of year were slim and wasn’t looking to steal them from other places.

‘‘If they’re vaccinated, they won’t be sitting around unemployed, and there are more exciting places for young people in this industry to live than Moeraki.’’

If mandates had come into force in the middle of winter, it would have ‘‘just been a hiccup’’, she said.

‘‘When it’s the beginning of December, it’s more than a hiccup.’’