By Ruby Heyward
0 Comments
The people of Waitaki showed they really give a toot for others.

Emergency services, businesses, and community organisations canvassed the streets of Oamaru in cars, cruisers and fire engines, stopping at people’s homes to collect non-perishable food donations to give to the Oamaru Churches Food Bank.

Toot for Tucker convener Genevieve Heselwood said it was the most volunteers she had seen in her five years of organising the event.

Father and son duo Dene and Tim Thelning were two of those volunteers.

Dene has been a stalwart at the annual event, having been involved with the Lions for the past 30 years. 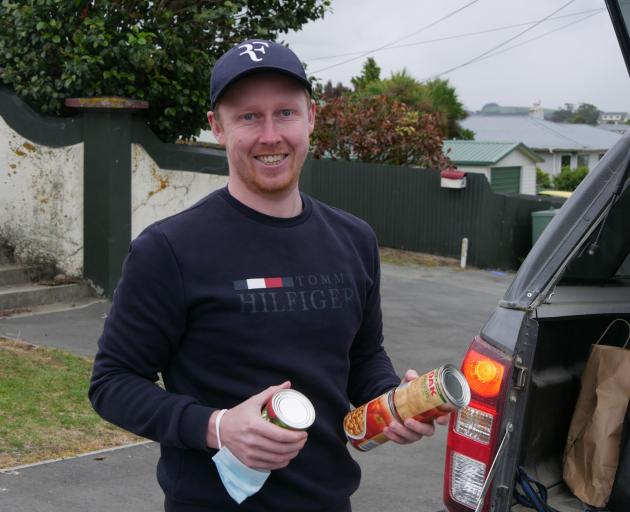 After being overseas for the past two and a-half years, Tim Thelning arrived home just in time to help at the North Otago Lions Club’s Toot for Tucker foodbank collection in Oamaru. PHOTO: RUBY HEYWARD

This year was Tim’s first time helping out — they always needed "young legs", his father said.

For the past two and a-half years, Tim had been living in London. Luckily, he was back just in time to help by collecting food as his father drove along the street beeping his horn to alert residents to the drive.

There had been concerns it might not go ahead, as many others like it had been cancelled around Otago, North Otago Lion’s Club vice-president Trish Hinton said.

After another tumultuous financial year for many because of Covid-19, the club worried the drive would not get its usual community response, Mrs Hinton said.

But those concerns soon disappeared as the donations poured into the foodbank.