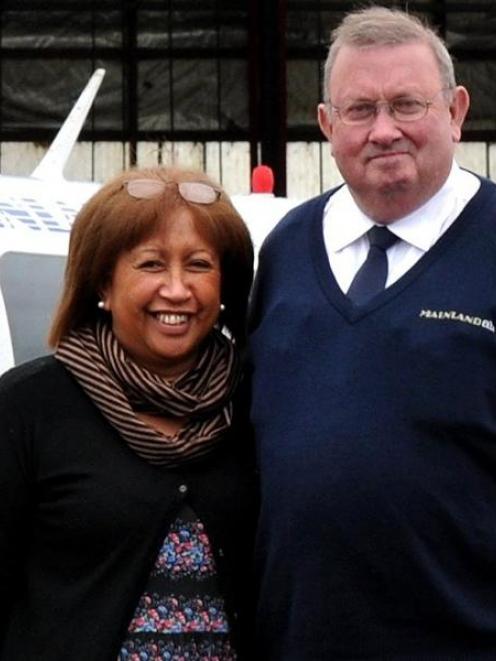 Mainland Air's Shirley and Phil Kean. Photo by ODT.
Mainland Air's new service from Oamaru Airport has attracted interest from around the country and as far abroad as Scotland.

The Dunedin-based company was ''all on track'' for a June 4 launch of its Oamaru-to-Christchurch service and its future looked positive, Mainland Air chief executive officer Philip Kean said yesterday.

''We've had quite a lot of inquiries from all over New Zealand,'' he said.

Interest had also been expressed from Scotland.

Yesterday, there were still seats available on the first flight, but with a week to go, Mr Kean said it could easily fill up.

From Wednesday next week, there will be morning and afternoon return flights between Oamaru and Christchurch three days a week.

On Mondays, Wednesdays and Fridays, morning flights will leave Oamaru at 7.30am and return at 9am, while afternoon flights from Oamaru would leave at 4.30pm and return at 6pm.

There will also be an afternoon flight on Sundays, leaving at 4.30pm and returning at 5.30pm.

A one-way ticket between Oamaru and Christchurch will cost $200.

Sven Thelning, of Oamaru, will pilot the service.