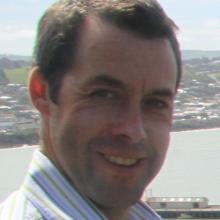 Erik van der Spek
The Waitaki District Council wants a tourism operation established at Katiki Point, similar to the one at Oamaru’s penguin colony or the albatrosses at Taiaroa Head.

"Council believes there is opportunity to develop a facility similar to the [Oamaru] Blue Penguin Colony or the Taiaroa Head albatross centre, which could raise funds that can be used to enhance the site. Improved parking, toilets and other facilities could be incorporated into this," he said.

Ngai Tahu, with the Department of Conservation (Doc), notified the first stage of consultation to create a draft Katiki Point management plan to consolidate the management of the point’s wildlife and historic reserves in April.

The colony on the Moeraki Peninsula, produced 50 chicks this year. Elsewhere in Otago, there were  widespread yellow-eyed penguin chick deaths and some colonies produced no chicks. Experts have  warned of a possible local extinction of yellow-eyed penguins in the South Island.

"The remaining penguins and all the other wildlife need protection.

"Council believes management options such as restricting numbers or providing managed access via tours, or permit-only access for fishermen and divers may be necessary, along with track realignments, and enforced exclusion of dogs, to better protect wildlife. Council believes there is opportunity to create a sanctuary at Katiki Point with fencing that could both control human and predator access and allow habitat enhancement."