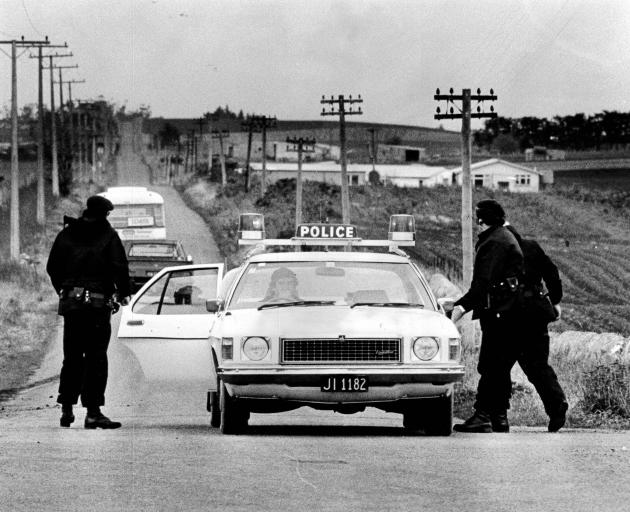 Teams of armed offenders squad members moved into the Totara area to set up road checks following the kidnapping of Gloria Kong on June 29, 1983. PHOTOS: SUPPLIED
A book detailing the impact one of North Otago’s most notorious crimes had on one of its participant’s family has stirred up controversy in the community almost 40 years on. 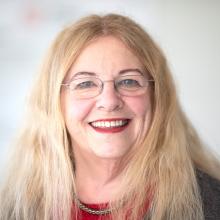 Verna McFelin.
The launch of author Verna McFelin’s book The Invisible Sentence has been cancelled, following a string of complaints.

Mrs McFelin’s memoir was about her family’s struggle while her husband Paul McFelin was serving time in prison and suffering the consequence of a crime they did not commit.

Although the Oamaru community was supportive, the McFelin family experienced their own social and institutional barriers linked to Mr McFelin’s imprisonment.

Gloria Kong, then aged 14, was kidnapped at gunpoint from the family home in June 1983 by McFelin, his sister Karen and two others.

They demanded $120,000 and threatened to kill her if police were called, resulting in a media blackout until Gloria was able to call her father from a farm near where she was being kept 38 hours later.

McFelin was sentenced to 11 and a-half years in prison for what the judge described at the time as the most publicised crime in living memory.

The book launch was scheduled to take place at the Oamaru Library tomorrow evening but was cancelled by the Waitaki District Libraries manager Jenny Bean last week.

Ms Bean said complaints had been made by various sources and through different channels, and relayed to her by library staff.

Another reason was a lack of staffing. 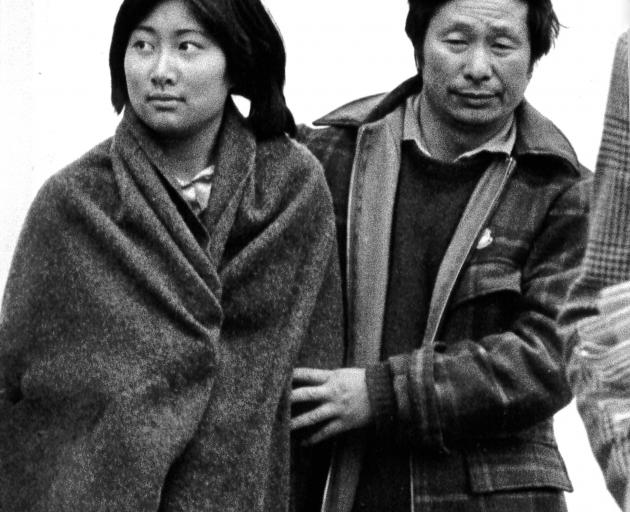 Gloria and her father Jimmy Kong leave the Oamaru police station after they were reunited. PHOTOS: SUPPLIED

She said the library normally did not hold events on Friday evenings and was struggling to juggle its roster to accommodate the launch.

The cancellation did not reflect Mrs McFelin’s work and the library would stock the book, Ms Bean said.

Mrs McFelin said out of respect she had decided not to hold an event in Oamaru, but would livestream her Christchurch event on April 22, at 7pm.

The book follows her experience from the time of her husband’s arrest until 1988, when she co-founded Pillars, an organisation that supported families of those incarcerated. 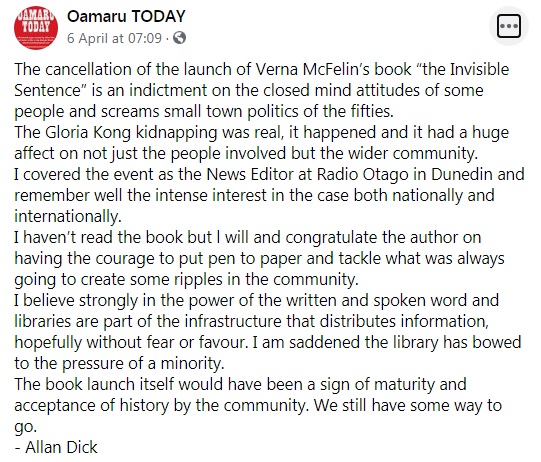 In those five years she and her children experienced bullying, shame, and difficulty finding accommodation.

She and her family moved from town to town, following her husband from prison to prison, until finally settling in Christchurch.

During this time she realised her family was one of many struggling with the prison system and experiencing social isolation.

Before Pillars was started, Mrs McFelin went through a transformation from anger towards her husband to what she described as a ‘‘faith journey’’.

But she did not identify as a religious person — when Pillars started it was for everyone.

A big part of what the organisation offered was mentoring for children.

Her husband had been out of prison for 30 years now, but her work was not over, as she continued to run Pillars until July last year.