Look out for mower, vehicle - police 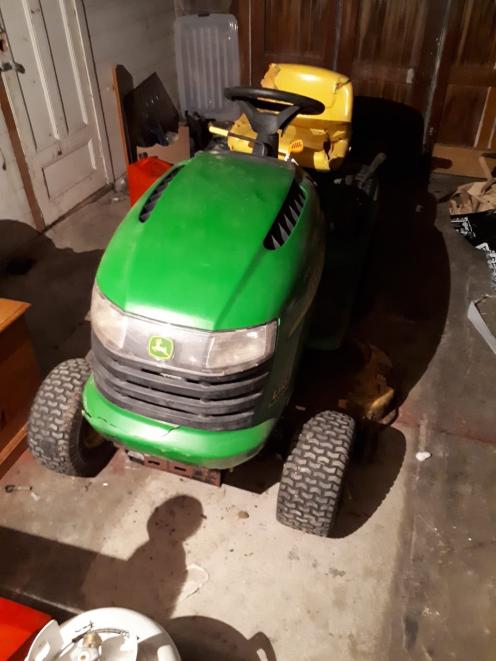 A green and yellow John Deere mower was stolen from a Hampden address about eight weeks ago, and had since been sold online.

Senior Constable Wayne Brew, of Hampden, said it was not known whether it was sold through a personal page or a group.

It was unlikely the buyer knew it was stolen, he said.

People needed to exercise caution when making deals on social media, particularly if goods were offered at a heavily discounted price.

"If a deal is too good to be true, it probably is."

Meanwhile, police were investigating an alleged burglary at a Monmouth St address in Hampden on Wednesday.

A person arrived home about 5.30pm to find the house had been entered. Items were piled on the floor; police believed someone had intended to take them.

A gun cabinet was pulled from a wall, and a Uniden two-way radio was stolen.

Snr Const Brew asked for anyone who saw a beige-coloured vehicle parked in Monmouth St about the time of the alleged burglary to contact him on 0211914806, or at wayne.brew@police.govt.nz.