Moves to keep gulls off rooftops 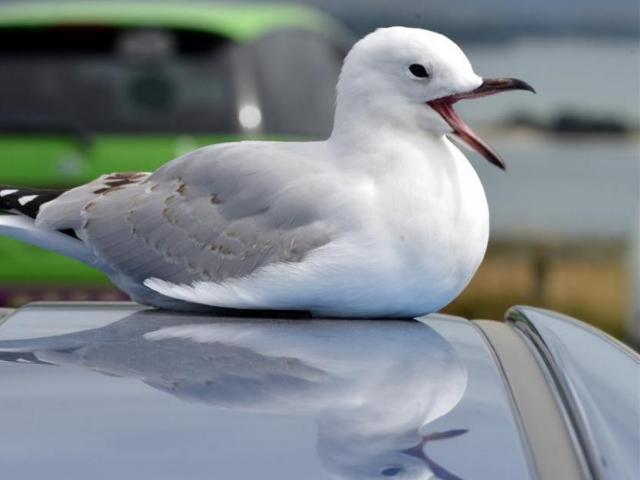 The Waitaki District Council is planning to issue a primer to Oamaru businesses to ensure the same issues do not spread to other central business district rooftops.

Council heritage, environment and regulatory manager Lichelle Guyan said after the council was approached in February, it had worked with the Department of Conservation, Oamaru Blue Penguin Colony science and environmental manager Dr Philippa Agnew, and the Otago Chamber of Commerce to look at options to discourage the protected wildlife from nesting nearby.

"A report is being discussed with the heritage, environment and regulatory committee on Tuesday," Mrs Guyan said.

"The report discusses the situation and options considered to date."

The council had not taken any measures to gull-proof its buildings, she said, adding: "Council buildings have not yet been affected by visiting seagulls - not even by temporary visits. From our observations, the gulls appear to prefer flat roofs."

However, the council was "in the early stages of exploring options" to develop a site where red-billed gulls could establish a colony away from building tops in the central business district.

"If not, there are other ways the birds could be enticed to form a new colony.

"This could include painting an area white to simulate the natural build-up of bird droppings or speakers playing bird calls," she said.

A Countdown spokeswoman said the company had installed spikes along the rooftop's perimeter walls, a laser and raptor calls.

It would soon add netting "which will cover the entire space, preventing the gulls from landing in the first place".

Doc's Conservation status of New Zealand birds, 2016, shows the protected species could face a decline in numbers of up to 70%.